Epic knew very well how to create a commotion. One of the last videos in just a few days became TOP 1 content in 2021 when it comes to the official Fortnite channel.

Views on the official Fortnite channel can surprise many people. The absolute record belongs to the announcement of Season 2 of Chapter 2. Why this video? It’s hard to say, it’s just the most popular at the moment.

Then we have the Season 5 trailer and the trailer for Season 2 Chapter 1 in third place. TOP 3 in total exceeds 150 million views. 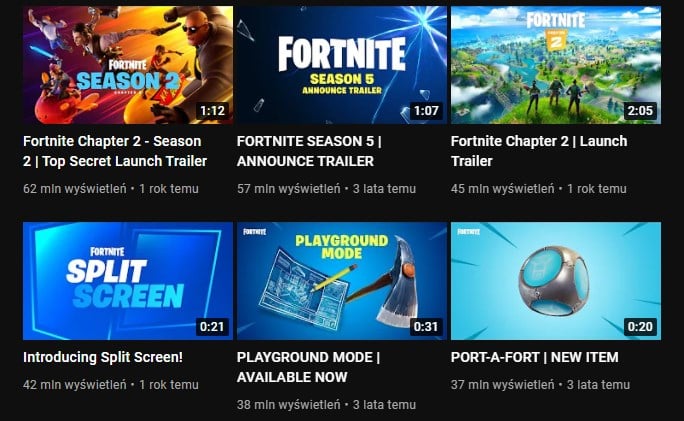 Reddit users have noticed that the new “Impostor” trailer is the most-watched video on the official channel in 2021. It is impressive because the trailer is only a few days old. At the moment, the video has already exceeded 10 million views, and let’s remind that it was added on August 17. 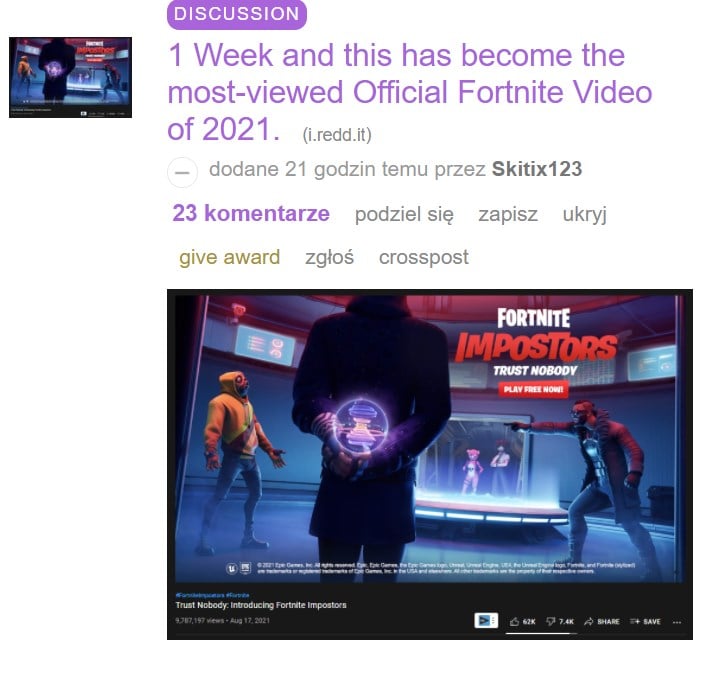 This shows how popular this mode is. It will probably be available all the time – let us remind you that Epic has asked players if they would like to have it permanently. Most said “yes”.

Does it change anything in terms of Fortnite development? At first glance, not at all. However, it is possible that Epic will want to create more of these types of advanced mini-games. Here it is known that there is also an element of controversy, that is, the alleged stealing of the concept from Among Us.