It turns out that Travis Scott’s skin was supposed to receive additional cosmetic items.

It will soon be 500 days since Travis Scott’s skin was available. Recall that for some reason the skin never returned. Leakers found new information that said Travis was going to get other items as well.

At the moment they are “abandoned”, it is very possible that Epic will never come back to creating them. The reasons can only be guessed at, but nothing has been confirmed in this case.

What else was Travis Scott going to get?

It is about three items and additional styles:

As a consolation, it can be added that this is not the only skin that did not get “everything” that was planned. It was the same with Marshmello and Ant-Man. 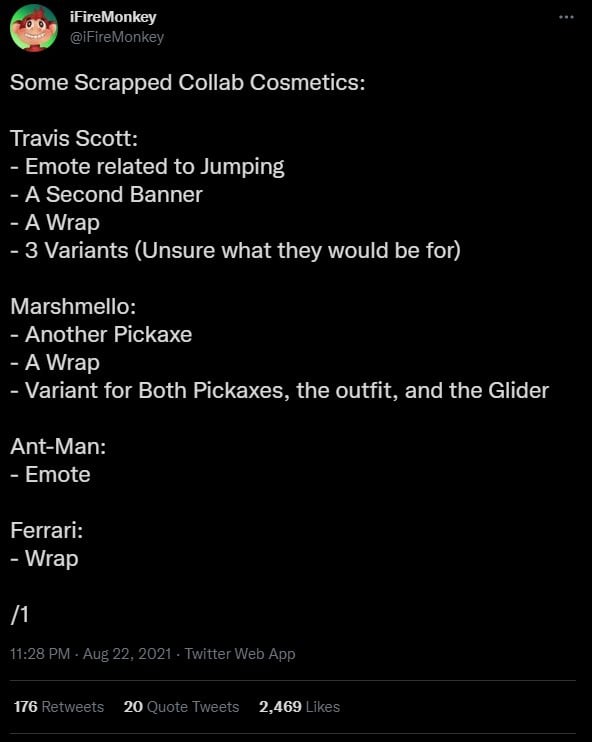 But it is the most painful with Travis. Many people would like the skin to reappear in the store after all. So far it is not known if the skin will ever be on sale again.