Slip Streams will be back in Fortnite.

If you played Fortnite a few years ago, you probably remember the air corridors scattered all over the map. They allowed for quick movement from one point to another.

They were only for two seasons in the game and they’re gone forever. Now it turns out that there is a good chance for them to come back soon.

READ MORE
Countdown to the next Fortnite event. This is what it will look like – what to expect?

Return of the Slip Streams

Epic Games introduces many novelties to the game each season of Fortnite Battle Royale. Those are then replaced with new ones in the following seasons. Therefore, players with more experience probably remember many really interesting solutions, as well as those less liked.

The first group certainly includes Split Streams, which enjoyed a really good reputation among the community. They first made their way into the game in Season 9 and disappeared forever in Season 10, Chapter 1.

As reported by HYPEX on his Twitter account, they have been updated and slightly reworked. This could mean that they will be back in the game soon, which will surely please players. 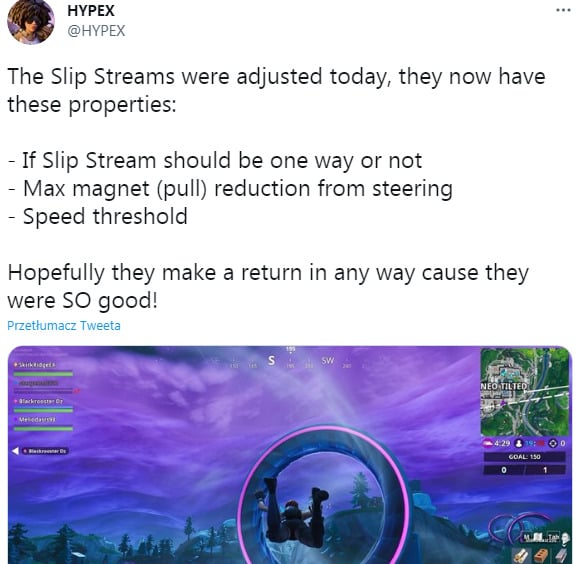 However, this information is not confirmed and, as the author of the post himself mentions, he hopes that it will actually happen because they were really good.

Will we really be able to fly the air corridors again? We will probably find out about it soon.