Not everyone likes Fortnite, which resulted in adding “IS FOR KIDS” to the new mural.

A special mural was created in Chicago last week, possibly a preview of one of the new skins that will be in Fortnite. The mural showed wings and the date – 07/14/2021. Unfortunately, someone decided to destroy it.

Next to the title of the game, the text “IS FOR KIDS” was added with a white spray. At the moment, relatively little is known about it, as it happened only a few hours ago.

READ MORE
Epic decided to completely remove it from files in Update 17.10. It will not return to Fortnite anymore

The mural has been destroyed

At this point, no one had taken a full photo, probably not wanting to satisfy the person who did. One of the new photos, however, shows “IS”, this is where the inscription begins. 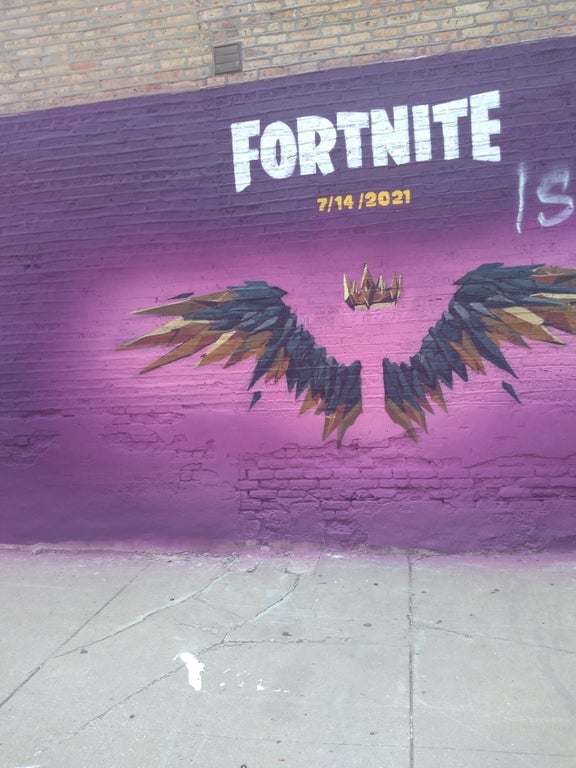 The mural will probably not be repaired anymore. The question is also what will happen to it after July 14, since this is a preview – maybe it will be completely painted over, or maybe Epic or its creator has some other plan for it.