If we were to mention one thing that players are really happy about after Update 17.10, it would definitely be this leak.

There were many different temporary modes in Fortnite. The first was introduced in 2017 during the Game Awards. It was the 50v50 to be exact, and it went through a lot of different changes over the years.

Released in 2017, the mode will likely return to Fortnite. The largest leakers on their profiles write about a slightly changed version created for competition. What is known about this?

READ MORE
How to easily complete the Fortnite Cosmic Summer challenges and get free rewards?

50v50 will return to Fortnite

Already in April 2021, there was much talk that 50v50 could return to Fortnite. All because Epic then updated the files of this mode. But nothing came of it. 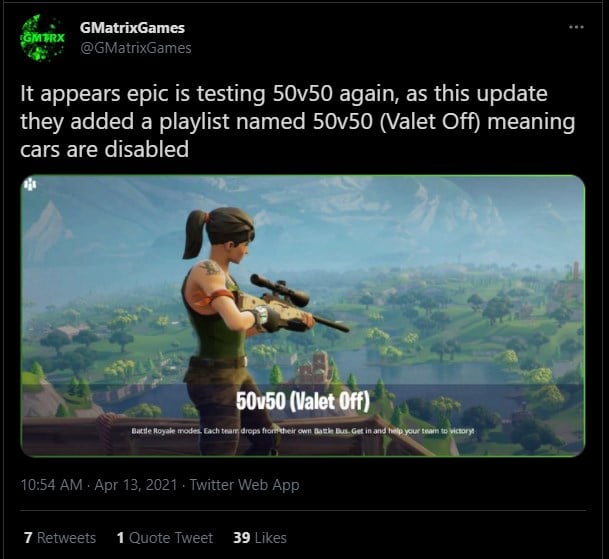 Now it has to be different. The most popular leakers agree that there will either be two versions of this mode, or one that is focused on competition. What does this mean exactly? There will be no vehicles in the mode and this is probably the only major change. 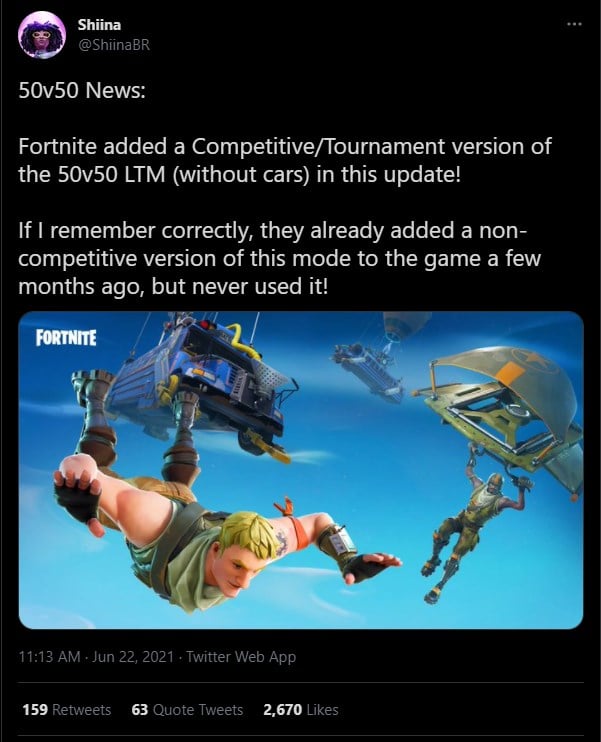 It’s hard to say when this mode will be turned on and whether the lack of vehicles is the only difference to the last, fourth version of the 50v50.