The inflate-a-bull was brought into the game and disappeared after a few hours. What happened?

This is definitely one of the fastest disabled items in Fortnite history. The bull was quite an interesting accessory that did not manage to conquer the game. First, Epic made the decision to turn it off in competitive modes, and then throughout Fortnite.

This shows why during Epic’s leave, we didn’t have any updates. There would simply be no one to fix this type of error – that’s why the bull was turned off.

READ MORE
The date of the 17.20 update to Fortnite is almost certain. Epic has already returned from their holidays and is testing the update

The direct and only reason for disabling the item was that it allowed players to become invisible.

It started out innocent enough. Initially, the developers only informed about the competition modes. 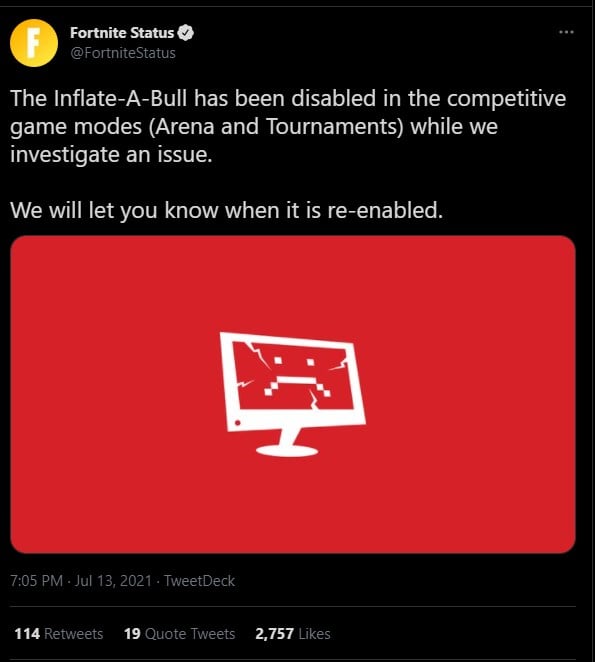 Then things got complicated for them. The bug was so dangerous that it also affected ordinary games. Thus, a few hours after being added, the item was completely turned off. 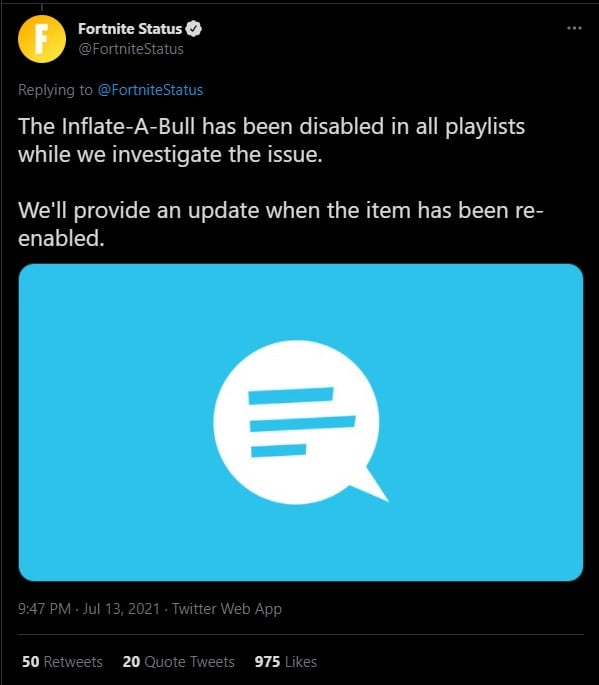 At the moment, it is not known when it will return. At worst, only with update 17.20, at best in a few, several dozen hours.