The player’s theory for the next Fortnite Crew.

The Fortnite Crew is a monthly set of cosmetic additives and 1000 V-bucks. A few months ago, the Fortnite community developed an interesting theory. They linked the Crew with individual seasons.

This means that we probably already know the next skin in the package. Which of the known skins can get a new theme?

This theory was made a few months ago. Based on the season in the previous chapter, it tried to predict the skin in May, and then in June. This might suggest that July will be about Chapter 1 Season 10. 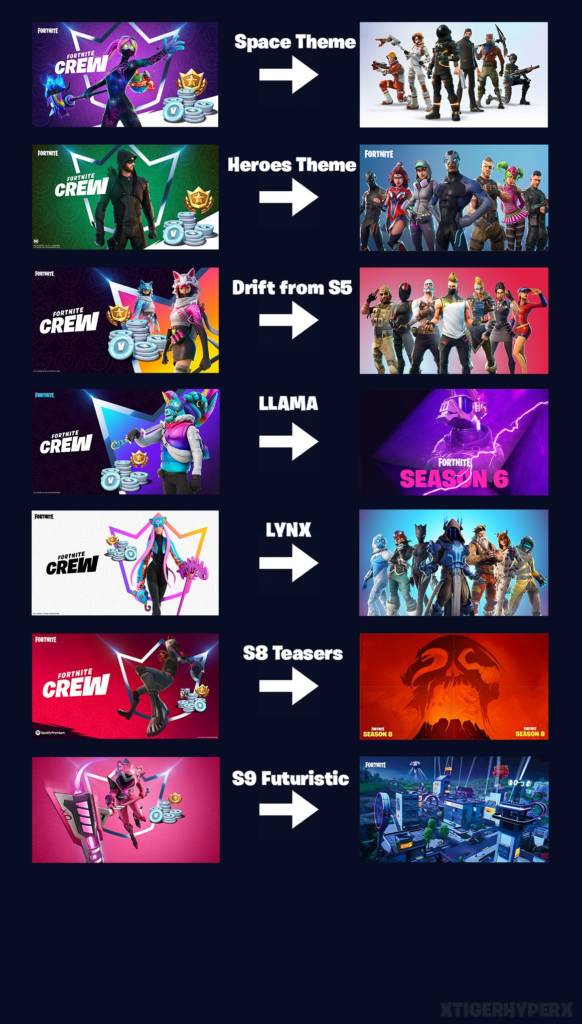 For this reason, in the next pack, we will probably get a skin about the time or crevasses that appeared on the map back then. It is also possible that one of the skins will get a new theme. Players are betting it will be Catalyst or X-Lord.
Remember, however, that this is only a theory and does not have to work. Whether it will be confirmed again, we will find out only at the end of June.