More items are headed for Fortnite, which only one platform will collect.

After the PC frenzy, it’s time to get back to normal. It turns out that in the last update marked as 16.50, there were files that directly indicate the next package of items in the form of a skin and a backpack, which PS Plus owners will be able to pick up.

The bundle will probably come out either in the next few dozen hours or only in Season 7. For now, however, it seems certain that we’re actually talking about items for the Playstation.

New PS Plus Pack for Fortnite

Of course, both items come in a distinctive blue color scheme. It will only be possible to collect them on Playstation.

The standard includes a skin and a backpack. The bundle will initially appear in New Zealand and then be picked up by the rest of the world. 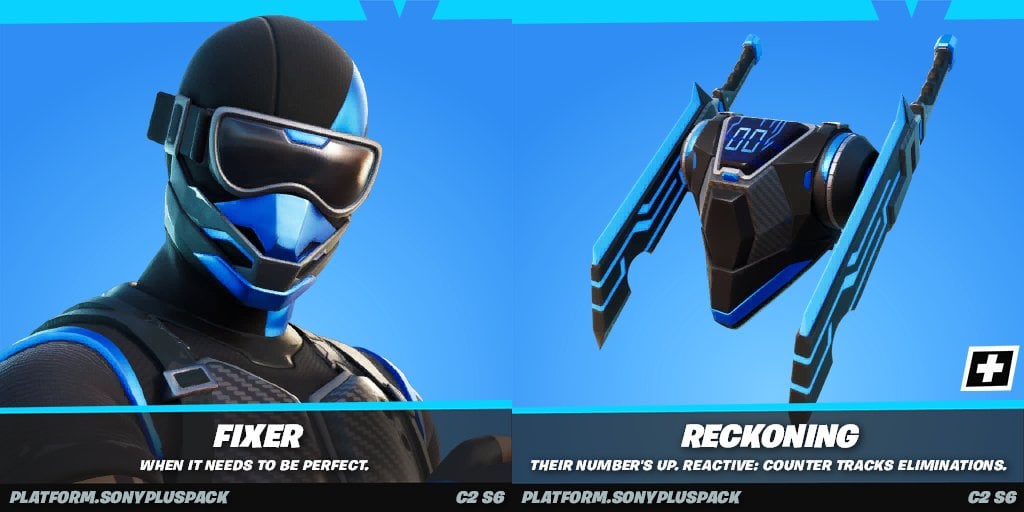 The exact release date is not known yet. It is possible that Epic will not wait until the new season and will release this bundle earlier. The Playstation packages are in no way related to the season schedule.