It looks like one of the free skins may return to Fortnite soon.

In the morning we wrote about skins and other cosmetic items that have a good chance of reappearing in the store. All this thanks to the tab related to the skins withdrawn a year ago or earlier.

Meanwhile, the CEO of Epic Games liked one of the Twitter entries, which, according to the community, is in a way a harbinger of the return of not only these OG skins but also one free one. Which skin exactly is it about?

READ MORE
These “OG” skins, gliders, pickaxes, and emotes have the biggest chance of returning to Fortnite

One of the players on Twitter suggested that in the event that Epic wins the lawsuit against Apple, the studio releases an additional style for the Tart Tycoon skin. This time it should be its color version. Interestingly, this post was liked by Tim Sweeney, CEO of Epic Games. 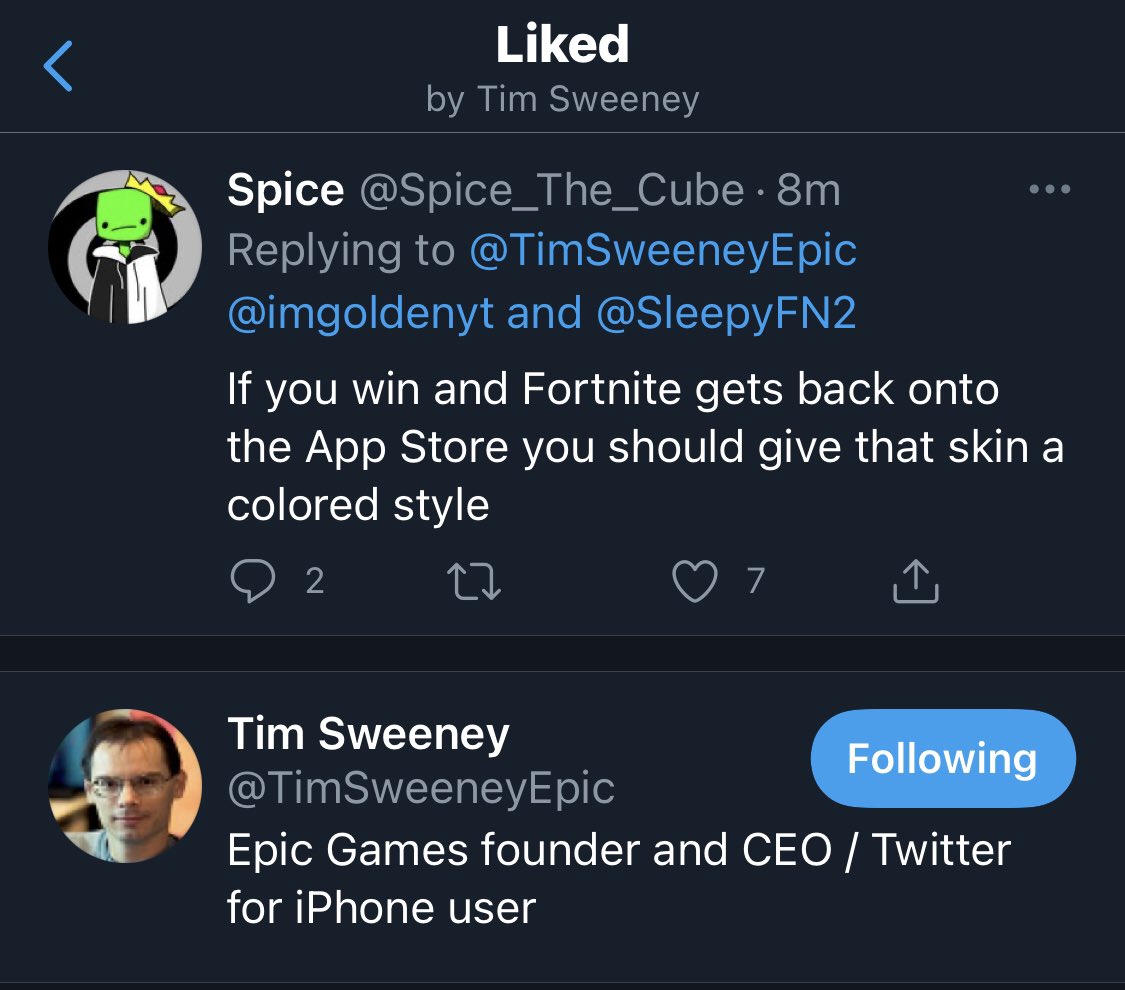 It’s definitely too early to take it as confirmed. However, Epic often foreshadowed similar things this way in the past. So far, the dispute of the giants continues and it is not known when it will finally end.

There is a good chance that players will eventually get a free style, and maybe the skin itself will appear for one more time. Rather, it should not be expected for it to get back to the store.