Yesterday, a very characteristic loading screen was added to Fortnite files, which, according to leakers, confirms the theory about one of the upcoming biomes.

For many months, if not years, it has been said that Fortnite will at some point have a pyramid theme. We all know theories and leaks about this. So far, however, this has not been confirmed.

Even about 2 weeks ago, HYPEX, one of the most popular leakers, indicated that in season 8, a spot will be added to the game, the leitmotif of which will be the pyramids. Now Epic has added something to the game that proves this.

Will the Pyramids finally be in Fortnite?

Recall that the leak from two weeks ago spoke of three potential locations “:

Now also HYPEX added a leak showing something like a desert biome. In addition, the files contain four items labeled as desert cactus. A leak with the loading screen may or may not confirm something else. 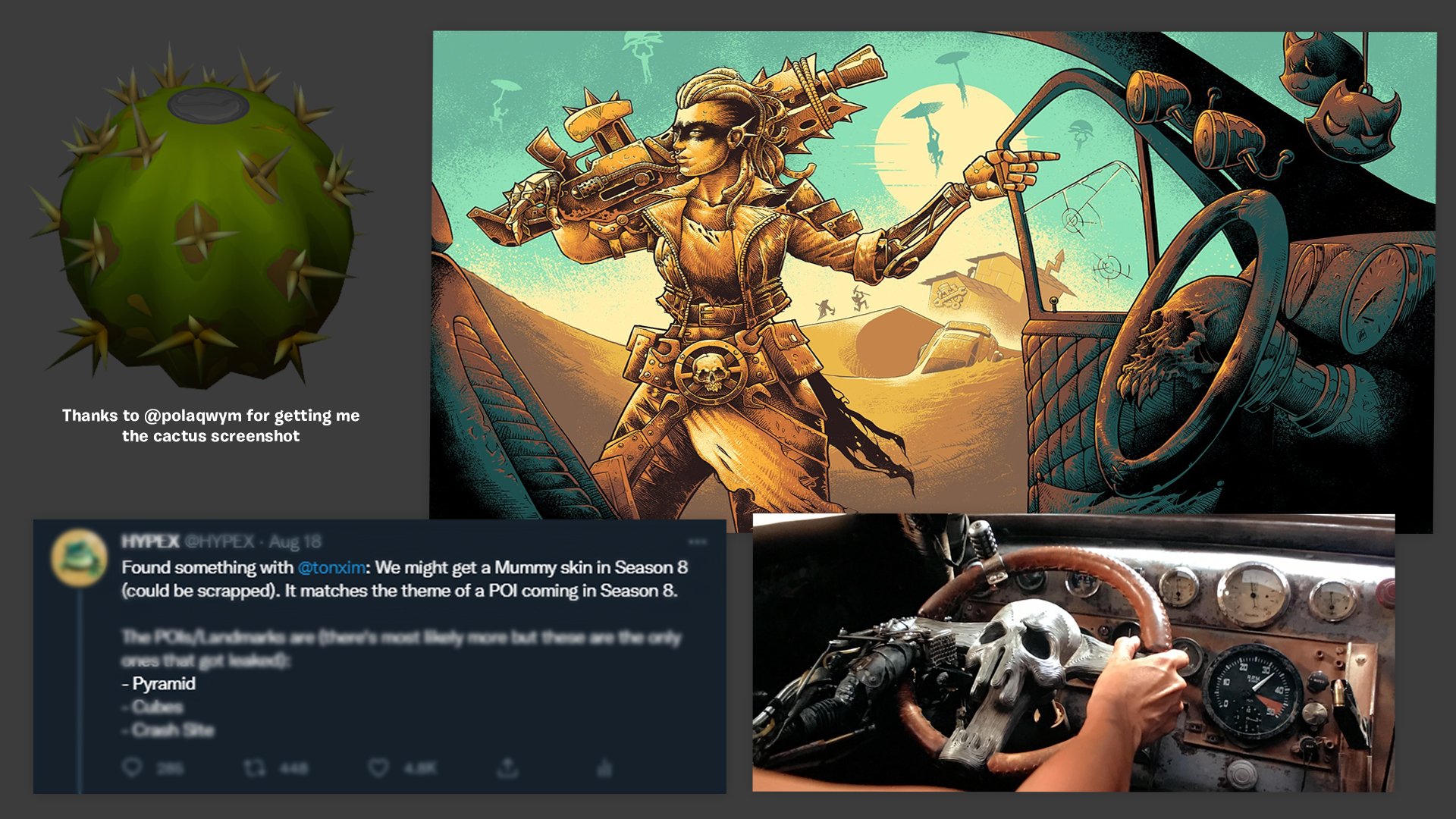 You can see these cactus on the left, a loading screen in the center, and a screen from the Mad Max movie on the bottom right. So it is very possible that in addition to the pyramids and the desert, we will also see cooperation with Mad Max or the use of some similar themes.

Does it all make sense? There is no unequivocal confirmation of the pyramids here, but this loading screen and cacti do predict something about the desert. The reference to Mad Max could mean collaboration, and it could be just one of the many easter eggs. Keep in mind that it is still a leak after all.