According to the latest leaks, at least two more Suicide Squad skins are coming to Fortnite.

Epic does not intend to slow down with various types of collaborations, so we can expect many more skins from movies, series, or other games. Now HYPEX continues with the information on the next two skins to be introduced to the game.

These will be inspired by characters from Suicide Squad: 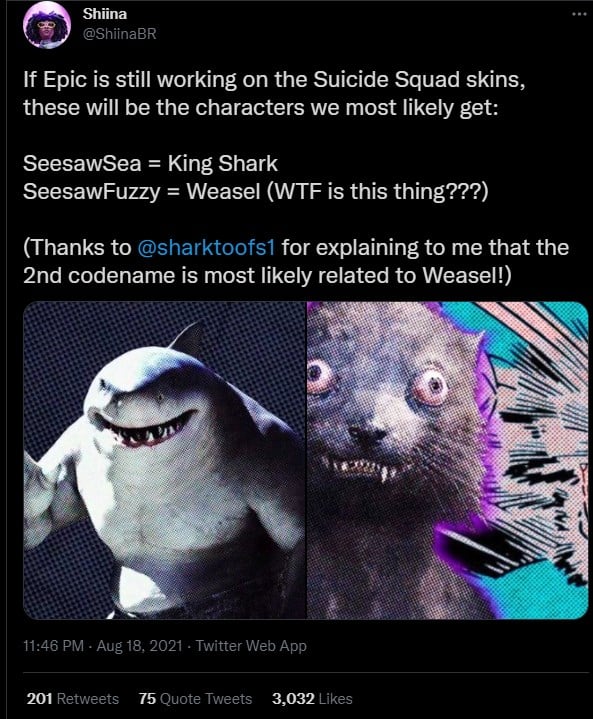 At the moment, of course, it is not known when and under what circumstances the skins will appear in the game. This is probably a plan for the next, 8th season.

“King Shark” is probably not a big surprise, because the files contain his graffiti: 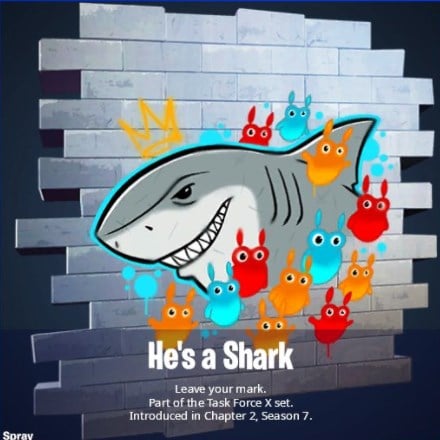 Weasel is definitely weirder, and a lot of people were convinced that Epic wouldn’t introduce him due to the fact that he’s just scary. 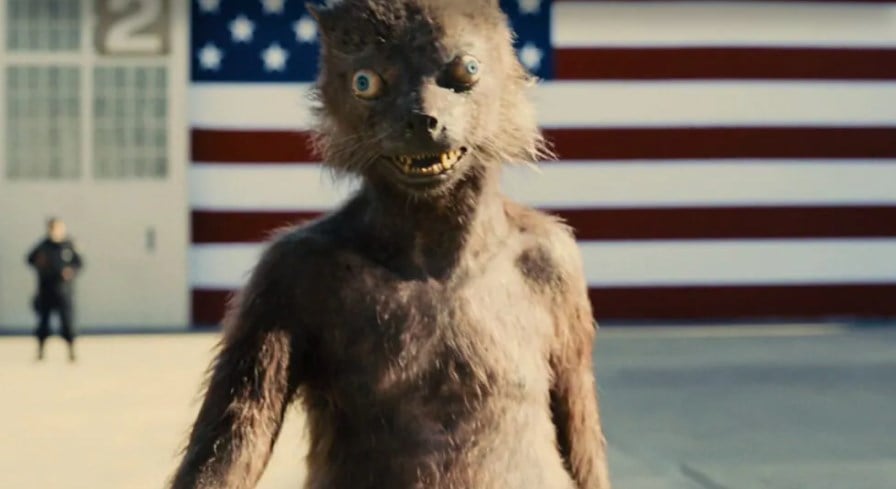 For now, we have to wait for the official confirmation, or the introduction of skins to the game.