World Cup Solo Champion, Content Creator, and a core member of the community, Bugha himself is joining the Fortnite Icon Series! Bugha’s Icon Series Set will be available in the Fortnite Item Shop starting Tuesday, July 20, 2021 at 8 PM ET.

Epic has already officially announced another skin from the Fortnite Icon series. Quite surprising, because hardly anyone expected such a quick announcement of the next skin in this series. As we read in the official information:

Not long after Bugha’s Late Game becomes available, the Bugha Outfit will enter the Item Shop alongside other items of his Set. Attach to your back the Fortnite World Cup trophy — holding his beloved pug Zoey inside — with the Zoey Trophy Back Bling, sharpen your focus with the dual Bugha Blades Pickaxe, and activate the elbows with the Bring It Around Emote.

In addition to the default style, the Bugha Outfit is available with the electrifying Bugha Elite style and Bugha, World Champion style, awarded for winning after winning the World Cup solo finals.

READ MORE
Epic went a step further and created a special Taco store from Fortnite. What’s all this about?

Running from July 20 until July 28, Bugha’s Late Game Arena puts players right in the middle of competitive Fortnite. With your Trio, you’ll drop on the Island while the Storm’s already closing in.

“We’ve collaborated with Bugha to curate nine starting inventories grouped into three team loadouts. Each Trio will be assigned one of these team loadouts at random.”

As you play Bugha’s Late Game Arena, you’ll be able to earn Hype that’s unique to this mode. The players who earn at least 1500 Hype before Bugha’s Late Game Tournament on July 28 will be eligible to participate in the tournament. In this version of Bugha’s Late Game, qualified players will compete against others in their region for a share of $100,000! 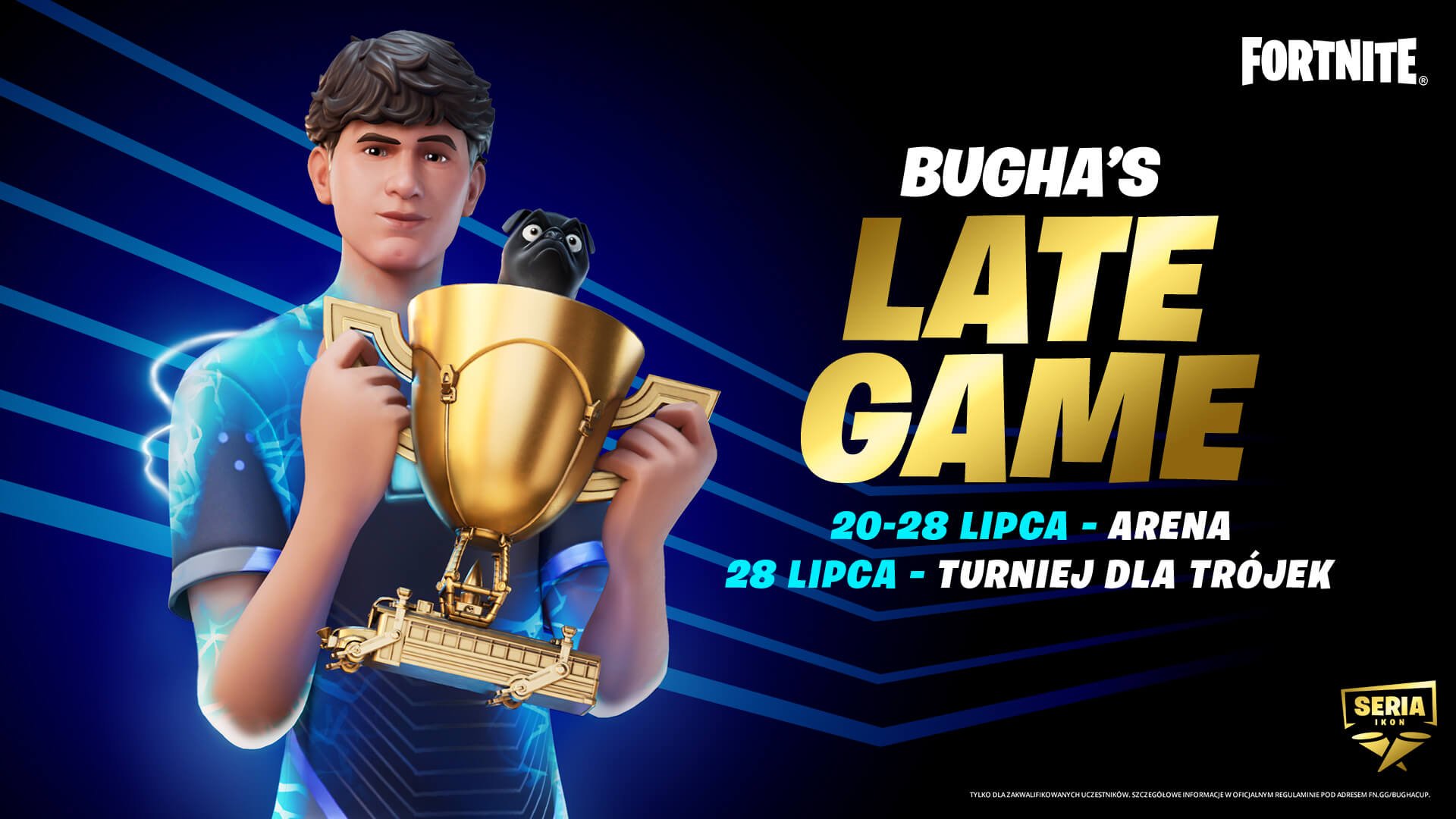 The tournament will take place on July 28 across two rounds. Each round will be two hours long with a maximum of ten matches in each. (Specific timings and prizes for each region will be displayed in the Compete tab in-game). Players must have 2FA enabled on their Epic account before competing.