As announced, Epic has pulled something out of the vault. Is it really the players’ favorite weapon?

Let us recall what it is all about. Yesterday evening, Epic released its preliminary patch notes. There was, among others, such a point:

People wondered what specific weapon it was about and now everything is clear. Two weapons returned, not one. It is hard to say if they are favorites, but some people will probably be happy.

What came back to Fortnite?

The first weapons are dual pistols, which were discontinued from Battle Royale in Season 9 of Chapter 1. After that, they found themselves in temporary modes, but never again appeared in BR. 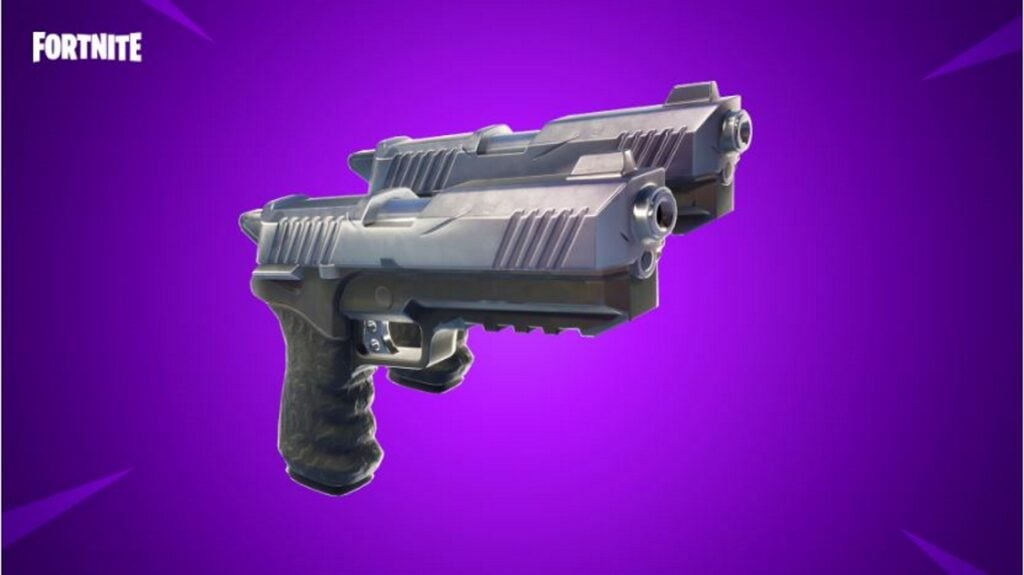 It is worth mentioning that there have been slight changes in the meantime. This confirms that the changed weapons, even in the vault, will be restored.

The second weapon is the “Drum Shotgun”. Probably many people know it – it was also updated when it was not available. So it can be concluded that if a weapon receives an update, and it will not be present in the BR, it is a sign that it will appear in the game.

Are any of these weapons a “community favorite”? It probably depends on the specific player and his preferences.