A new update has been introduced to Fortnite tonight. It wasn’t a big one so you can expect several hundred megabytes to download. The patch was not marked in any way, but Epic announced quite precisely what was the update for. 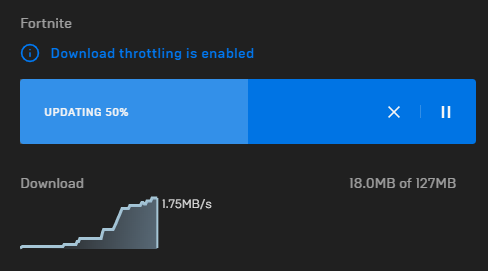 It was mainly about bugs related to the Competetive, specifically Arenas. Players did not see them in the list of available game modes and were also prevented from joining due to the match search cancelation bug. 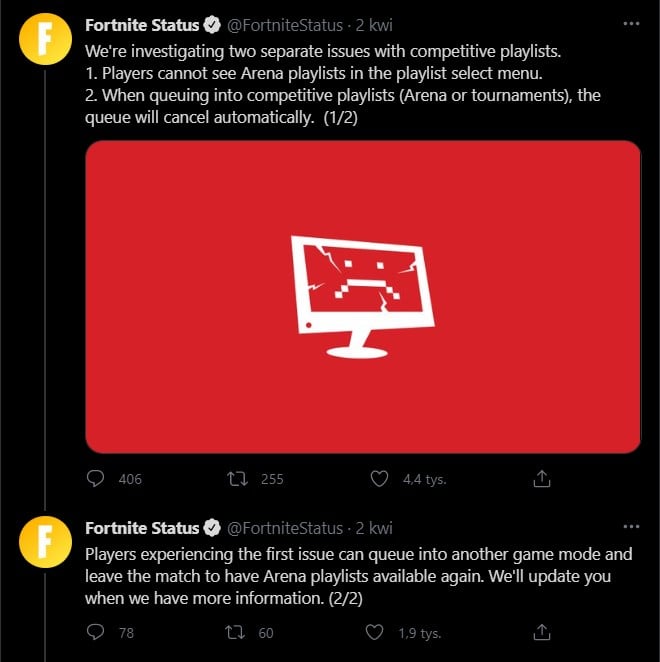 Today, it has been officially confirmed that a new update has been introduced to the game to fix the two aforementioned bugs. Well, at least it is fixed on PC, so you may still experience them on other platforms.

These are not huge changes, but surely many people will enjoy being able to play Arena’s again. Until now it was necessary to either turn off the performance mode or try turning normal games on and off constantly, which could have been a pain.​