Epic did not implement everything announced. The developers will probably give us these new products as the season unfolds.

It was expected that the news announced even in the trailer would not be introduced immediately. It would cause too much chaos if, in addition to the aliens, Epic added, for example, a gravity weapon.

In fact, most of the information about what is to be added comes from the developers themselves. They showed what to expect on the trailer or on the loading screens.

READ MORE
Fortnite players get mad about this the most. In their opinion, this mode was completely ruined

What else will definitely get into the game?

There are at least a few unreleased items. 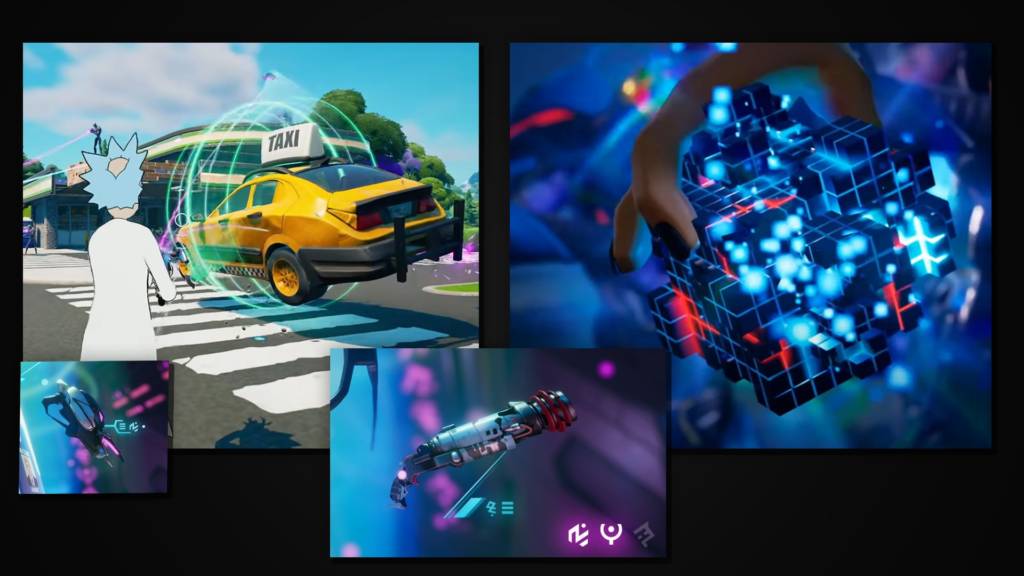 This, of course, is not the end. On one of the screens, we see a weapon that matches the information from Fortnite files. Just see what Rick is holding:

This weapon is also a mystery, although it is already known that it can be really strong. This is indicated not only by its appearance but also by the working name that Epic uses – Bad News. The files contain a lot of information about further functions or bizarre creatures, but according to what we wrote, it is worth approaching it more comprehensively.