Today, a relatively small update has been made to Fortnite. What was its purpose?

Today a “bug fix” entered the game, which, if not for the official information, would probably have gone completely unnoticed. Epic informed about it on its official Twitter as well as on other social media.

The patch was released on PC, Playstation, and Xbox consoles, as well as on Android. However, not much has changed, and the bugfix is dedicated only to people who have the Fortnite Crew.

According to the official information on Twitter, the only thing that has been fixed is that people with the Fortnite Crew now receive an appropriate notification about a special backpack. 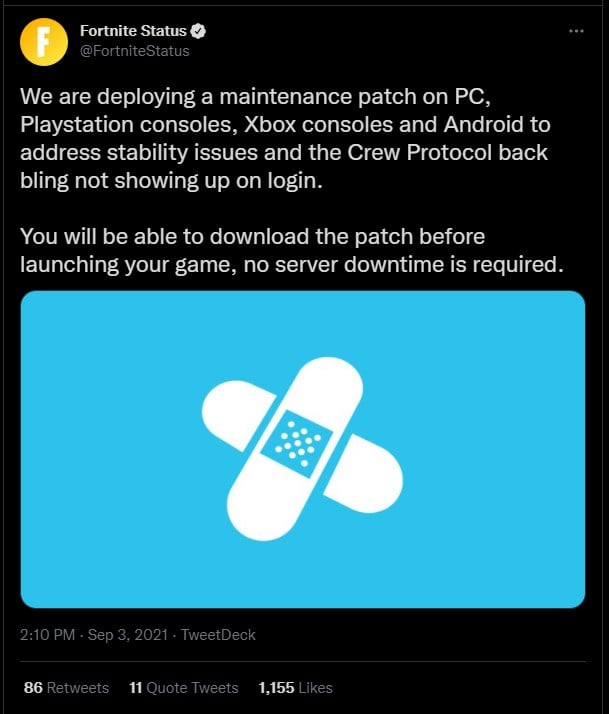