The first leaks about the lobby that will come to Fortnite in season 7 appear on the web.

Season 7 will be incredibly interesting. All indications are that at the end of this season, aliens will appear on the island. After that, this theme is to be continued. One of the popular leakers with the nickname HYPEX already suggests what to expect from the next lobby.

The lobby itself is quite an important element of the entire Fortnite. After all, we see it most often of all elements of the game.

What to expect in the new Fortnite Season 7 lobby?

As we read, the lobby is to have two main themes, that is:

HYPEX mentions that this may be the main theme, possibly it will be changed for a few days or weeks during a typical summer period. What’s more, you should also expect golden elements, the arrangement of which looks exactly like in the screenshot: 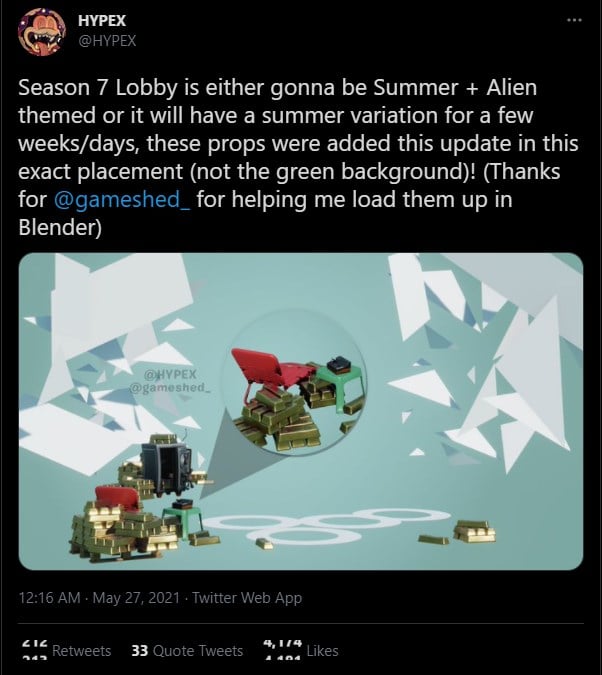 Gold elements can appear anywhere, it is difficult to say at the moment whether it will be an element used this season. Apparently, you can interact with it, or so it was planned.