Fortnite records are very hard to follow, mainly due to the fact that streamers and YouTubers sometimes mess up a lot.

Fortnite world records are a very controversial topic. Mainly because almost every now and then a video signed as “World Record” lands on YouTube. So the best source of information when it comes to records are sites like Fortnite Tracker.

And this one does not really distinguish between temporary modes from the normal ones. There is also one interesting person – Ewron, a Polish Twitch streamer. His nickname appears 26 times in the TOP 100 alone.

READ MORE
When is the event with free V-Bucks and a backpack? Dates, skins available, how to sign up and more

What are the world records in eliminations? 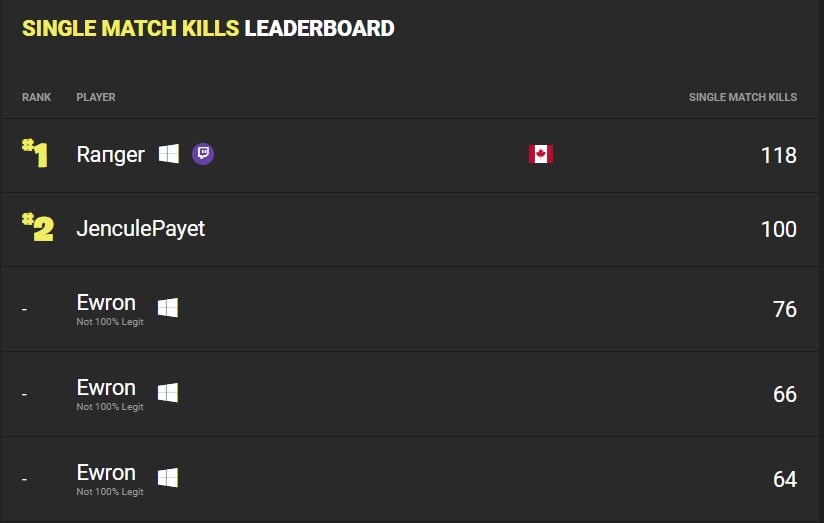 There are, however, a few very important catches. How did someone do 118 eliminations in a single match in solo mode? The answer should be sought in 2019, specifically in the “Power Up” mode. Nobody has beaten this result since then, and it’s hardly surprising. Interestingly, Ranger did not win this match – he was second.

So it’s hard to say unequivocally what is the record for solo without any modes. Fortnite Tracker itself only tracks people who have used it, and it’s not accurate either, since it shows 118 eliminations in the first place.

An interesting fact is a fact that the nickname “Ewron” appears more than 20 times in the TOP 100 list. And although it is signed with his “Not 100% legit”, these pictures look funny: 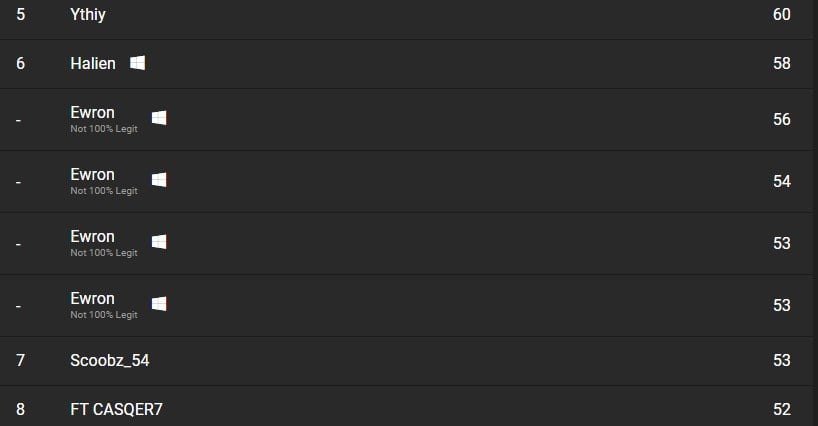 It used to be possible to say exactly what the world records were in eliminations. Today, due to server changes to Oceania and temporary modes, it is difficult to say what this real record is.