If you are not following the plot and comics, you may not know what is currently happening in Fortnite.

At the moment, the biggest and really the only source of information about Fortnite’s story is comics. Since three parts have already been released, it’s worth taking a look at what is happening in the game world right now.

In short, Batman managed to break free from the loop, and when it seemed that everything would slowly begin to clear up, one of the characters stood in his way.

The third part of the comic primarily focuses on Batman. The narrator is someone who watches his struggle on the island. Batman has one task – to get out of the loop. It goes quite well for him. He destroys practically all opponents.

Of great importance to Batman’s success is the fact that he has somehow outsmarted the loop and the people who manage it. The hero writes hints on his forearms – this allows him to remember key things. This, in turn, translates into him creating an OP weapon.

The people responsible for the loop know Batman would get out of it, but no one expected him to do so well. As a result, Snake Eyes is sent to the island. A character from the G.I. Joe universe. If you do not know who it is – this is a hero trained as a warrior who fought in the Vietnam War. According to the plot, this is the only character with a chance to fight Batman. 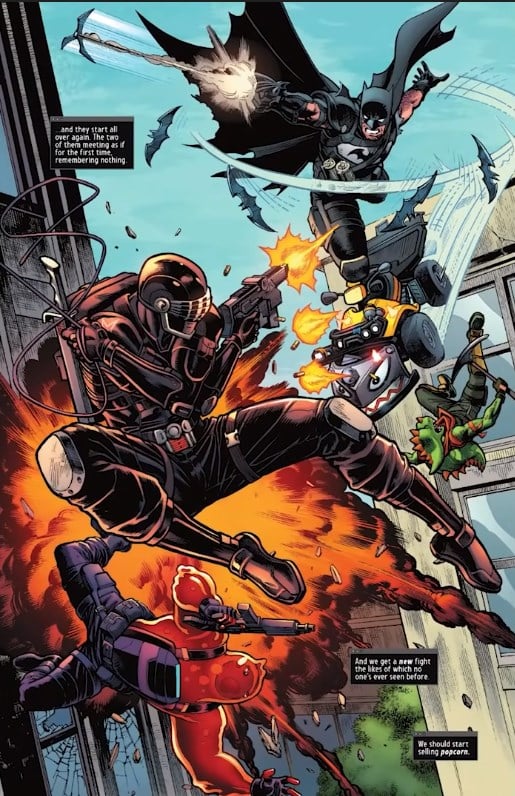 The characters fight each other for 22 minutes, which is the full length of the loop. This resets and the heroes restart their battle. Pay attention to the little easter egg with the vehicle Batman took out of the island’s depths.

In any case, their duel is so intense that all the other characters have stopped fighting and are just watching. This is where the snippet from which we learn about the upcoming skin comes from. 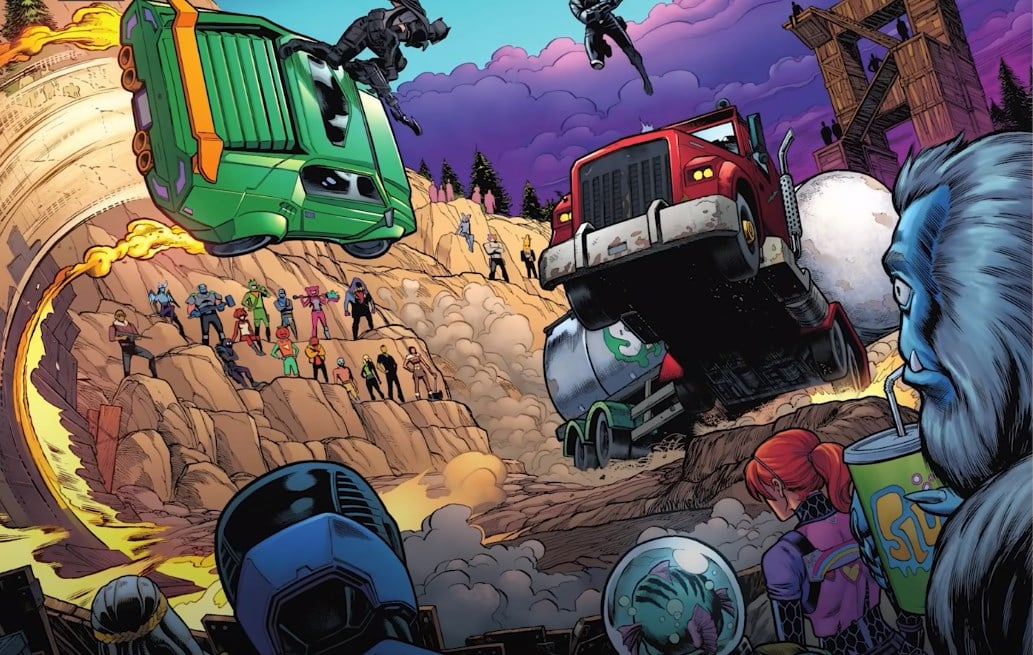 The fight lasted so long that finally Snake Eyes and Batman began to gain more and more respect for each other. This is perfectly visible when Snake Eyes eliminates another character who threatened Batman. “Opressor” appeared on the island and when he was close to getting rid of Batman, Snake Eyes stepped into action, brutally eliminating the character. 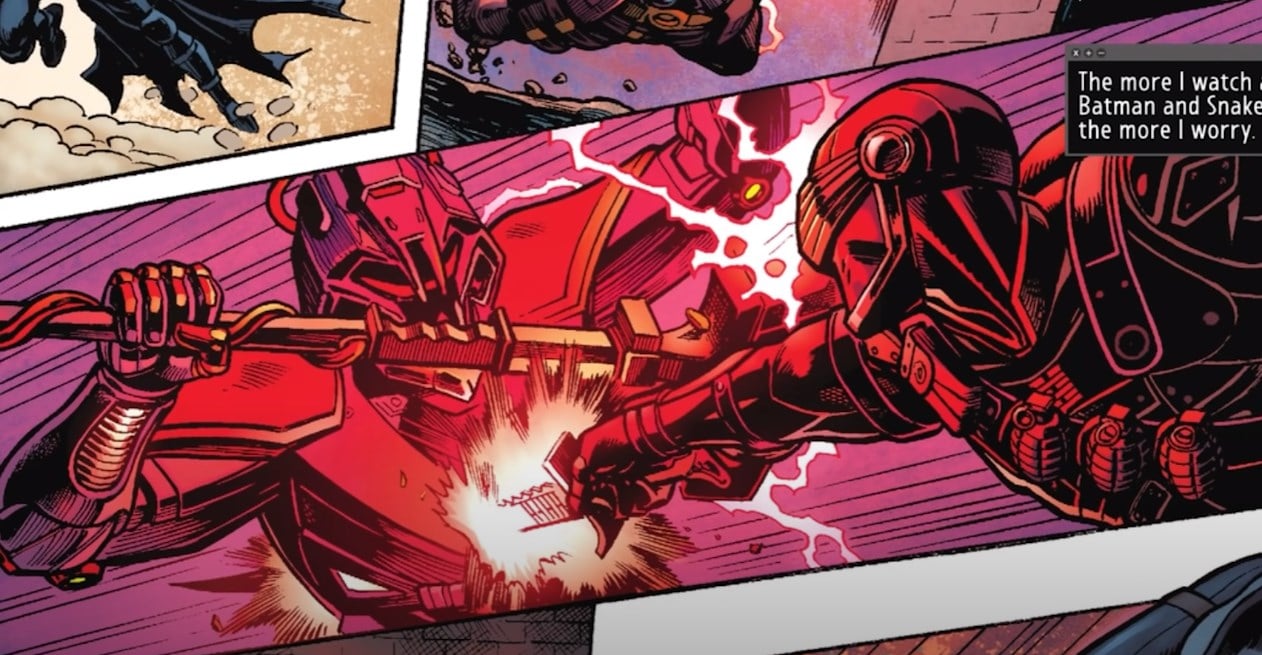 After minor and major clashes, the conflict is finally resolved. One mistake causes Batman to win – he has a chance to finally get rid of his opponent. Instead, she shakes his hand. 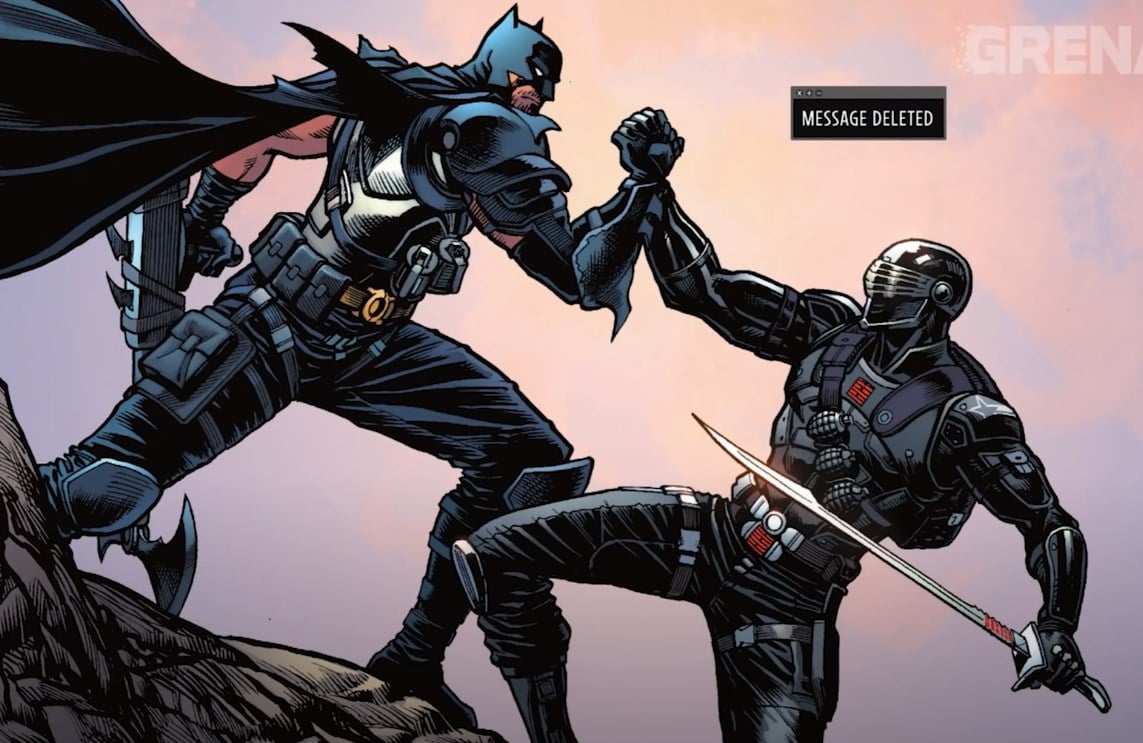 They are friends from now on. Snake Eyes has a conversation with Batman, understands his mission, and wishes him good luck. Batman wins the game and thus gets out of the loop. 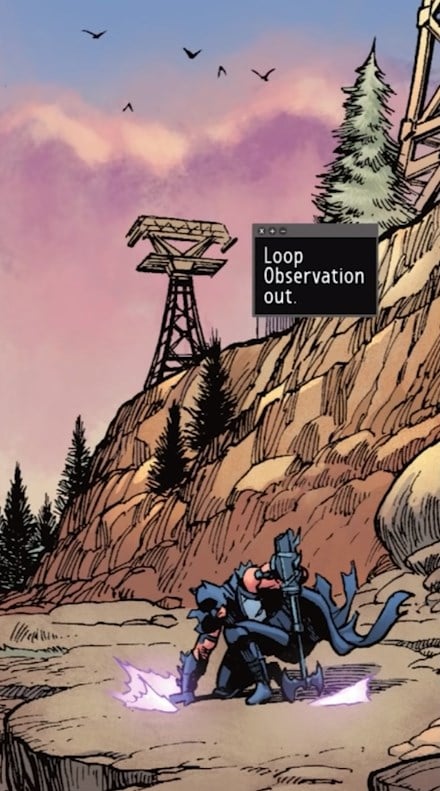 And when it seemed that everything was fine, the hero hears not to do anything stupid. Deathstroke appears in front of him – he also got out of the loop somehow (someone probably helped him). He threatens to eliminate Catwoman. 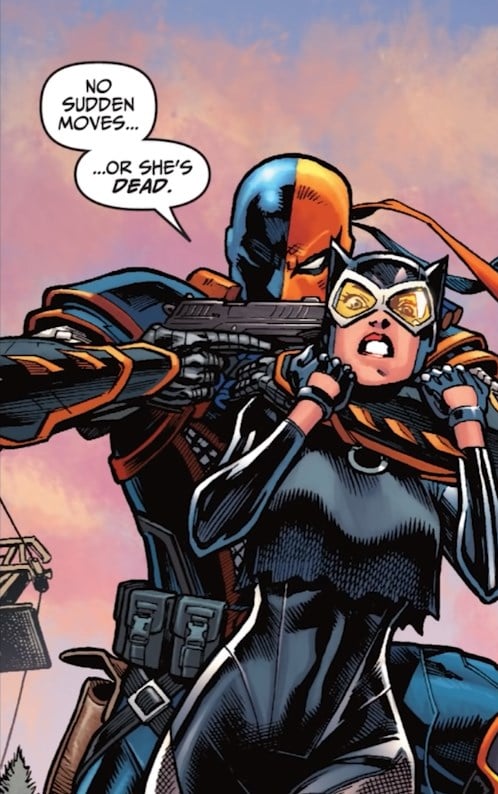 To be continued… The next part of the comic may be the most interesting, although of course nothing is confirmed on this topic.