Have you ever wondered what the liquidation record is at the moment?

Epic doesn’t officially release record information, so all data comes from data-collecting sites on their own. Interestingly, in 2019, there was a liquidation record that has not been beaten so far.

READ MORE
A skin that has not been around for 800 days may return to Fortnite. What’s the occasion?

What is the record and why is it so hard to break?

The record in solo mode is … 118 eliminations. How is this possible? The explanation for this is 14 Days of Summer, which was released 3 years ago. The last minute of the game:

This is specifically about the “Power Up” mode, which was part of the 14 Days of Summer 2019 event. Of course, the result cannot be beaten in a normal Solo, so at the moment it is considered an absolute all-time record.

Funnily enough, Ranger didn’t even win that match. He was killed by a player with all 2 kills. 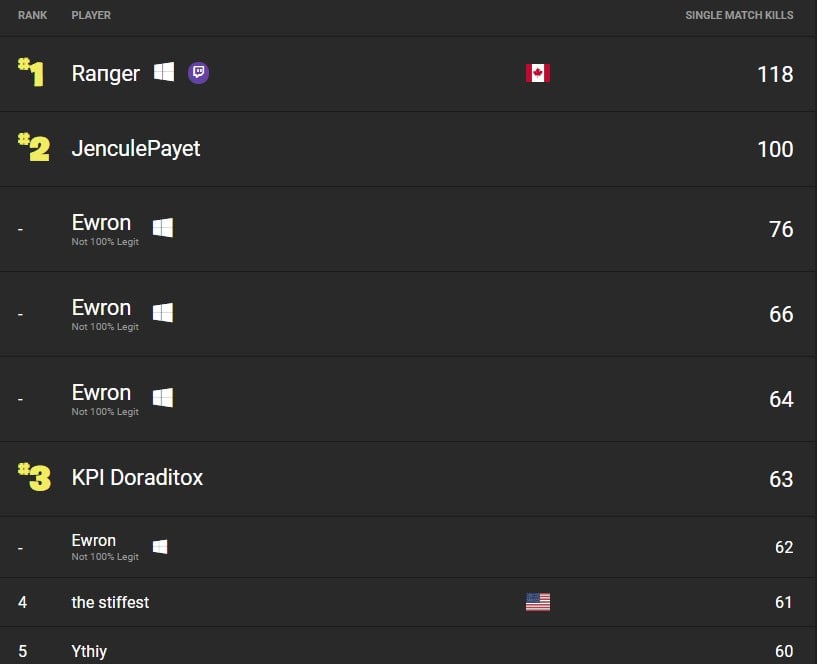 The only chance is to return to this mode or release something similar, which will be included in the overall ranking.