Today, many people have probably noticed that the store in Fortnite changes at an unusual time.

Players who are playing for some time already know very well what it means to change stores during the day. Something special comes to play. What exactly could it be? Travis Scott is a less likely version – according to leaks, legal restrictions were placed on the way to re-release this skin.

Much more likely is the scenario where Epic is bringing back the skins from Star Wars, perhaps adding some new ones.

READ MORE
Naruto, Lady Gaga, Ariana Grande, and a ton of other collaborations that are about to appear in Fortnite

Star Wars, and what more?

You can slowly prepare for the return of special skins, the game mode with Mando and other cosmetic items related to the universe. 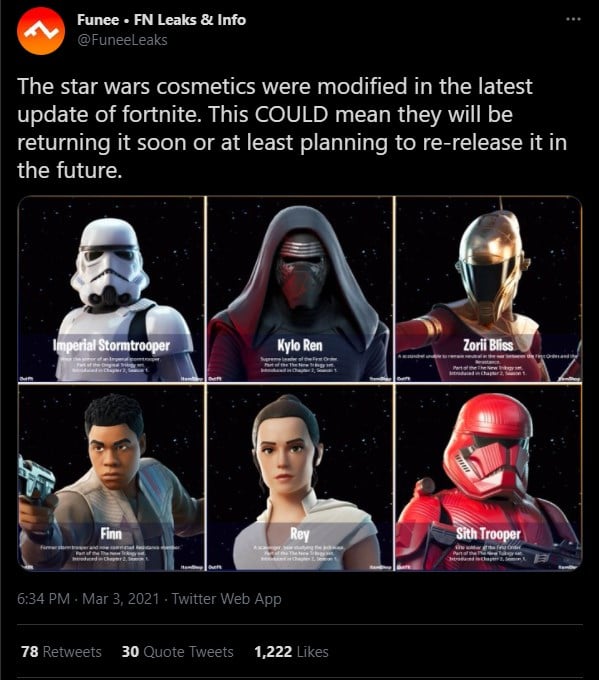 What we didn’t mention yesterday is the chance to get an umbrella. Unofficially, you will have an opportunity to get it again: 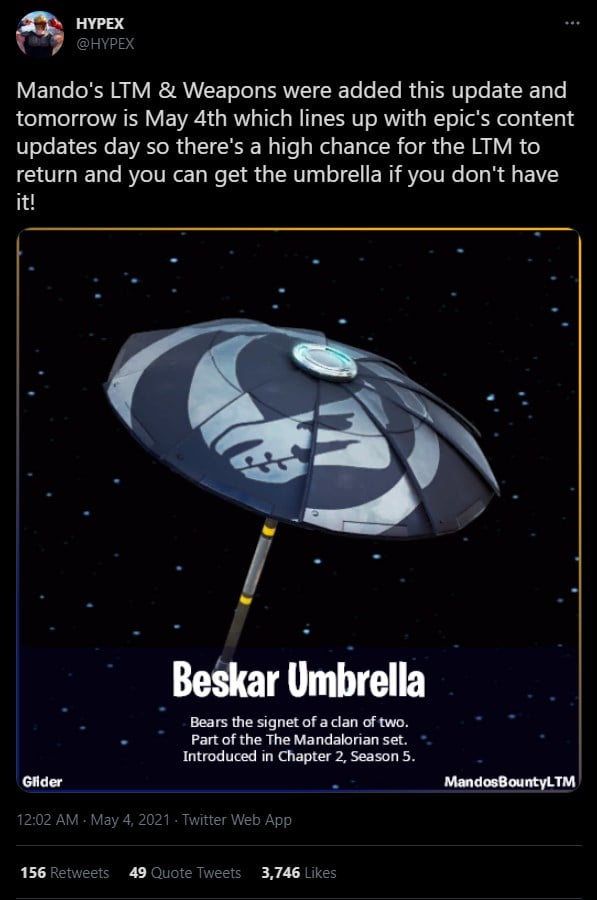 Of course, we’ll let you know exactly what happened, what’s up for purchase, what modes and weapons have been turned on – as long as the Star Wars speculations prove to be true, of course.