Since yesterday, the entire Fortnite world has been closely watching what is happening in Poland. Why?

Yesterday, a mysterious announcement appeared in Poland, which immediately caught the attention of leakers from around the world. We can confirm that something is actually coming, but we will not spoil the fun.

Therefore, here is everything that the leakers found out. So far, however, nobody can pinpoint what the subject is all about.

READ MORE
A secret update in Fortnite adds a new bow. How does it work, where to find it?

The whole world is looking at Poland

Leakers attention was drawn because of an announcement that was posted on the official Fortnite PL Discord server:

“What is red, has white stripes and cat ears? Polish flag! Oh, wait… no… That’s Vix representing our country!” 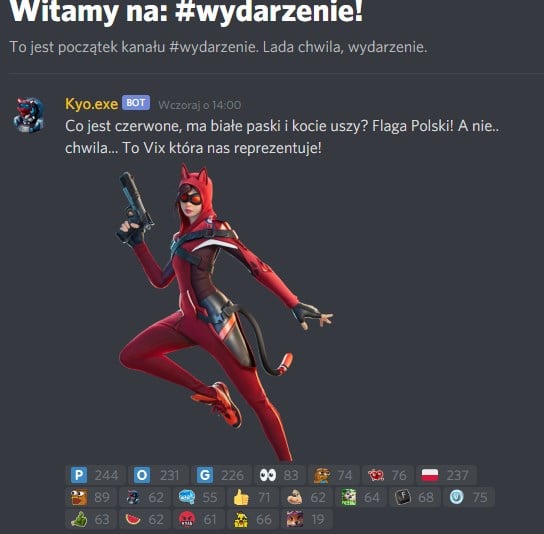 Since Poland has a lot of leakers, they started spreading information that something was actually happening. And so the largest profiles in the world wrote that some “event” might be about to come. 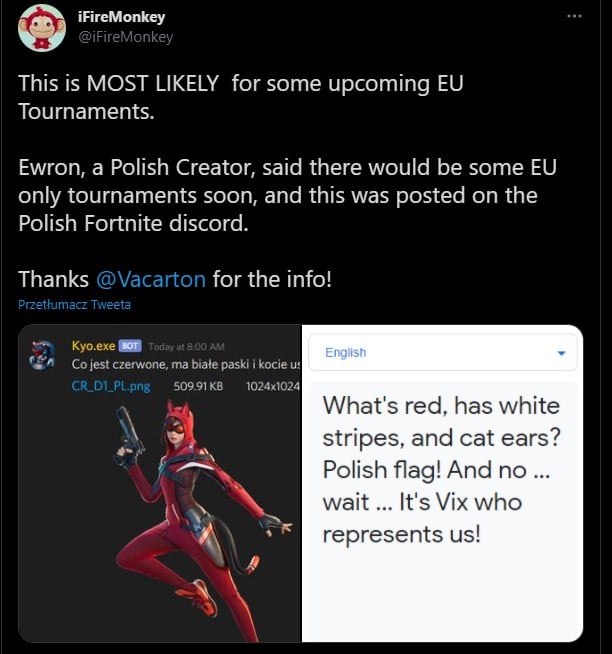 iFireMonkey thinks it may be European tournaments. You will find out whether or not he is right until some time. It is worth mentioning, however, that the announcements appeared not only in Poland but also in other places around the world.

Leakers have also posted art they think has something to do with this upcoming event.

At the moment, the community suspects that it is about tournaments. However, it is not known publicly whether this is actually true when they will take place, or what rewards we are talking about for them.