At this point, there are really many theories about what will happen. One of them says that the mother ship will fall onto the island.

In all leaks, there is a common part in the form of a device intended to explode the mother ship.

However, there are a few different scenarios. Leakers are convinced that the device located in the Corn Complex will play the main role here.

What will be destroyed?

This information is not based on leaks, but on theories. It is not said that the mothership will certainly crash into the island, but it is indeed likely. The damage in the event of such a collision can be huge and everyone is aware of it.

Dr. Slone plans to take down the mothership and at the moment thinks about the best place to do it” – says one of the leakers.

The whole theory makes sense and if it turns out to be true, we already know which part of the map will be destroyed. 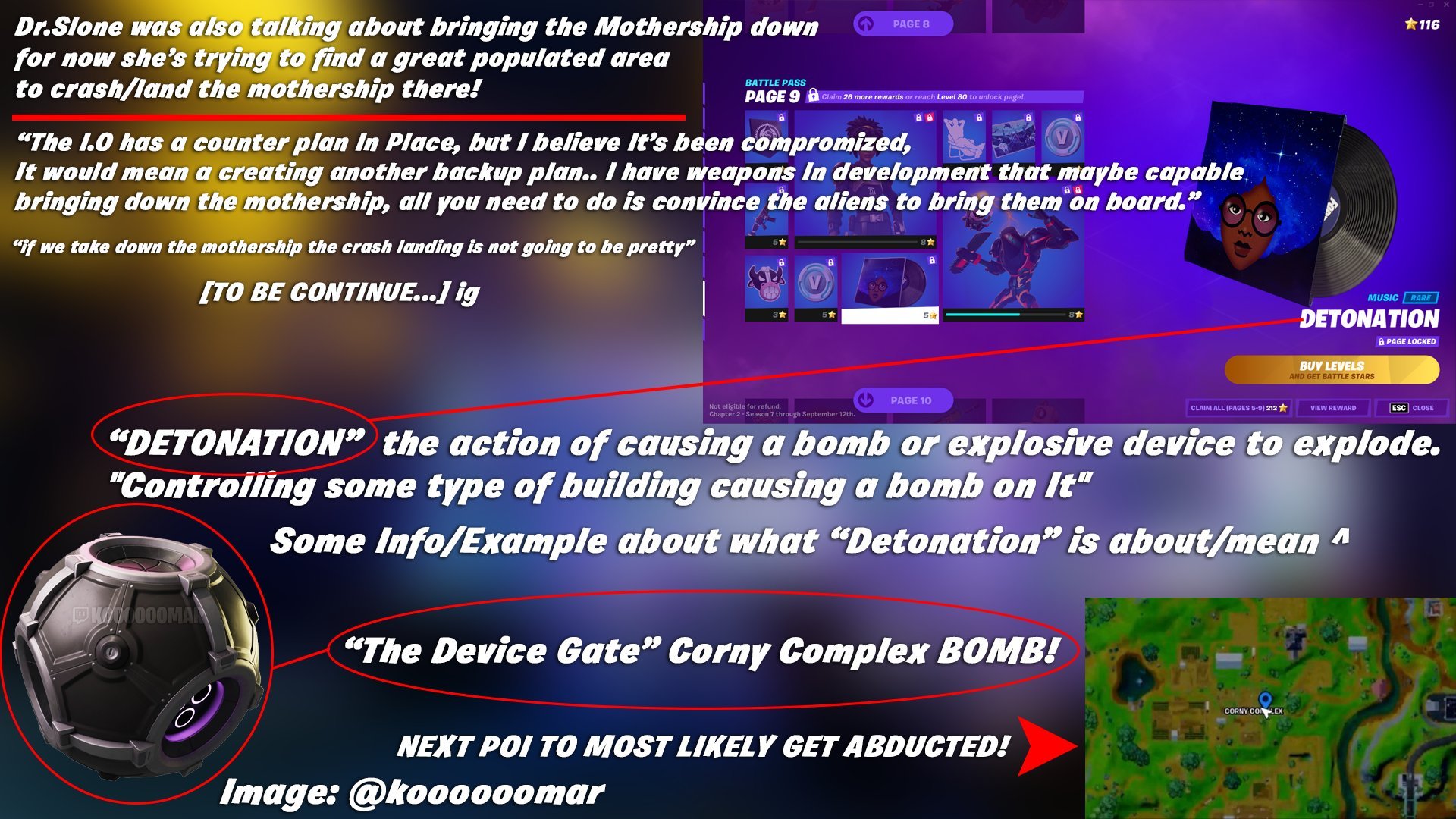 According to “Twea”, this is primarily about the lower part of the island, starting with the Misty Meadows. A UFO would catch on them. It’s hard to imagine that just one spot will be destroyed and that’s it.

More likely the bottom of the island will get destroyed, perhaps Epic thinks some changes need to be made there. 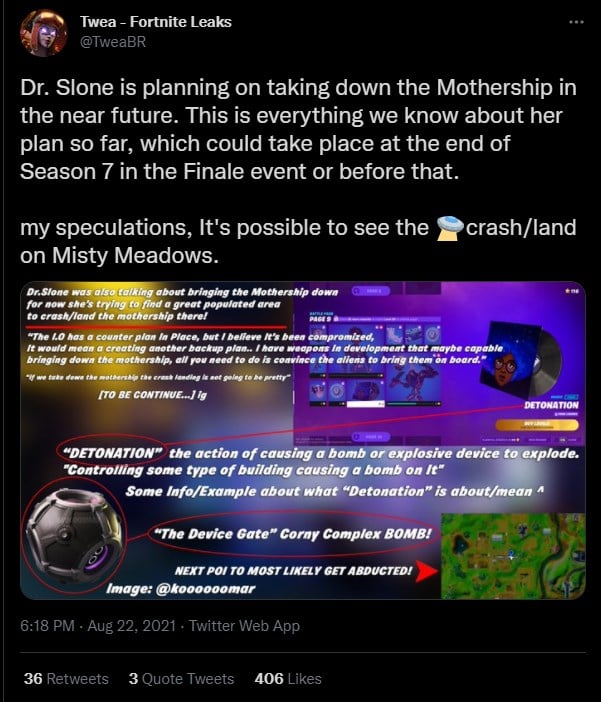 So far, this is only a guess, but supported by a fairly decent analysis of all known information.