Very interesting information appeared on the web. Unofficially, Epic is reportedly planning to increase the number of players in one lobby.

So far, there were no more than 100 people in one game. Now it is more and more often said that Epic will want to increase this number by taking advantage of the new modding possibilities. This information is not confirmed and should not be considered as such.

Especially that they come mainly from YouTubers. However, there is something in the favor of this theory that appeared quite a long time ago. However, this information was so uncertain that we did not even mention it.

More players in one match?

In January, during one of the streams, Tfue accidentally showed a conversation on Discord. There would be nothing special about it if it wasn’t for a message from an Epic employee. This one was looking for 200 people who would be willing to test something mysterious. 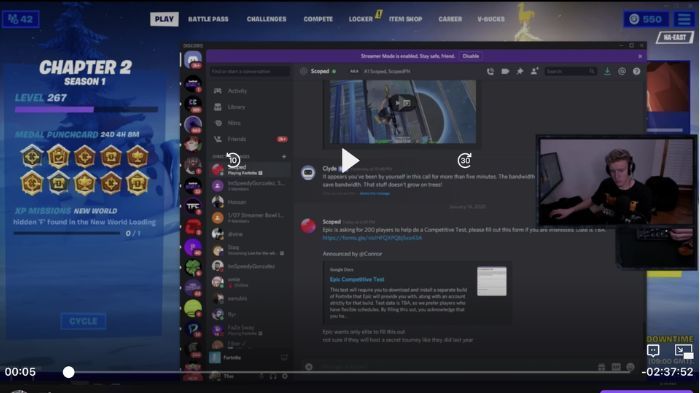 This topic never came up afterward. It is not known what Epic tested, but 200 people were actually searched for. However, there was no confirmation that it was about testing a larger lobby. You can easily find information on this topic on the Internet:

Now YouTubers say that according to their sources, larger lobbies may appear in the game. However, not much is known about this. Perhaps it is about a special game mode, or maybe the most normal in the world of Battle Royale – this is just the beginning of this matter. There are no dates, no details, and it’s all based on leaks.