New World has caught the attention of millions of players and many popular streamers.

After the great beta premiere, New World quickly attracted the attention of millions of players, and above all streamers, who began to broadcast gameplay from this production more and more often. Unfortunately, on July 21, there were reports of a potential problem with New World, which caused hardware failures of graphics cards valued at $ 1,000.

The New World community began to mention more and more often that the beta version of this game burned graphics cards.

A great example is the GLADD streamer, who reported on his social media:

Playing the New World beta on my EVGA 3090 completely fried my graphics card. There are multiple accounts where the same thing happens to the same card in the same game.

To waves of similar comments, a customer service member replied:

Thanks to everyone for sharing reports on this issue, we believe it is related to driver settings and frame rate limiters.

The solution to this problem is to “limit frames per second”. 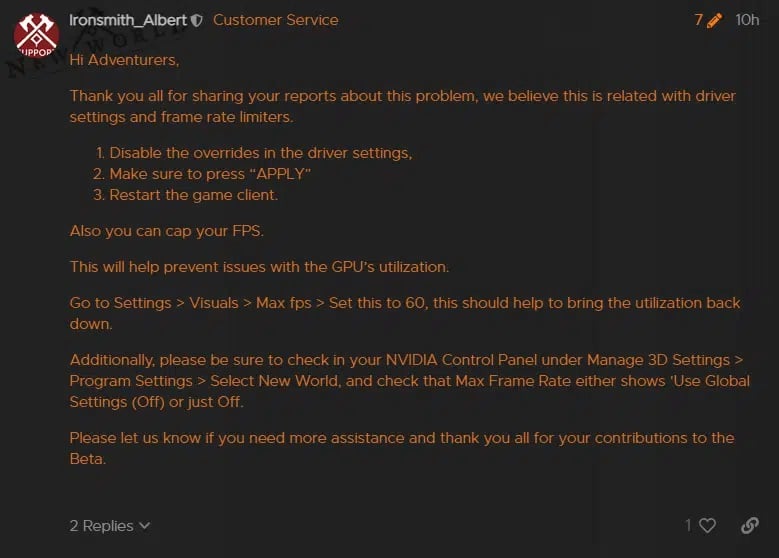 Some players even demand that Amazon send a new card, because the existing one was destroyed while playing the New World beta. The developers claim, however, that the New World beta is safe, and additionally they added a patch that limits the number of FPS on the menu screen.