Skate 3 has been a really appreciated title in the past. Now it’s time to continue it.

Skate 3 was one of the most appreciated games for the Xbox 360 and PS3 consoles in the past. Hardly anyone expected that the developers of Electronic Arts would decide to continue this title, and yet it just happened.

Production was announced in 2020 and is still in development. When will it be premiered?

READ MORE
Forza Horizon 5 focuses on the reality of the game. How will the developers surprise the players?

Everything that is known about Skate 4

At the moment it is known that Skate 4 will be released by Electronic Arts. However, it is not known when this title will be published. More information on this is likely to come soon, as on July 19, EA was supposed to reveal some data on Skate 4, but noted that they are not ready for the full release of the game. It may be some time for the community to receive the official trailer and release date. 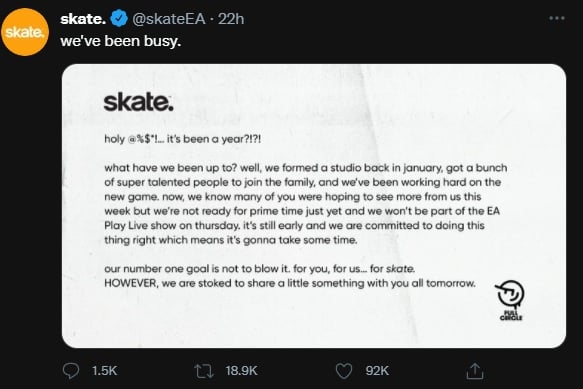 EA’s main focus at the moment is to release FIFA and Madden, so expect more specific information on Skate 4 to be released later this year. Anyway, it is worth observing this topic, because the new version of such a classic can be really interesting.