From the very beginning of the game, players used the old, proven method of counting pity – manual history counting. Fortunately, they don’t have to.

The draw system is an essential part of Genshin Impact, the free RPG from miHoYo. Basically, Genshin Impact is a gacha game – based on randomness and probability in receiving items.

While the GI gives players some of their characters and weapons for free, most of them are obtained by random chance. Players who spend real money on lottery tickets are a way for miHoYo to earn.

What’s up with the draw system?

Genshin Impact uses a wish system for each of the three banners, and pity in them. What does it mean? Every 10 tickets a four-star character or weapon is guaranteed, and every 90 – a five-star. If the player gets the character/weapon before its guaranteed appearance – pity is reset. After crossing the magic number 75, the chance of getting a five-star character increases with each fate. We call it soft pits.

There are also banners in the game – places to draw where you can get specific characters with an increased chance of drawing them. Usually, the first banner is the one with the newest characters and their re-runes, the second – new weapons, and the third is a permanent banner. This means that the characters and weapons are always the same there, and none of their drawing chances are increased. 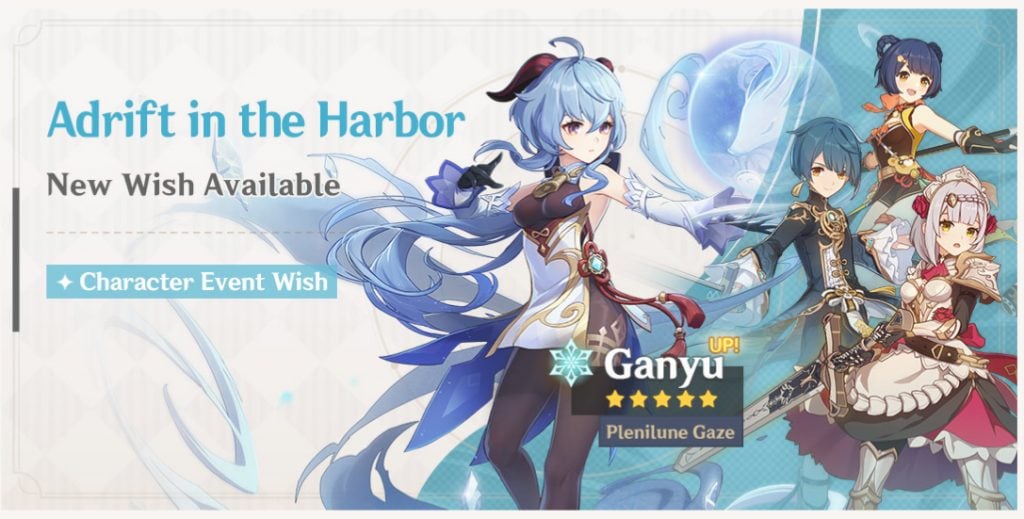 How to quickly count pity?

A proven practice is to calculate the tickets that were available after the last four / five-star ticket was hit. To do this, click on Wish in the main menu, click on History and count the lots in the table.

Another faster way is to use the Genshin Wishes website. It does not require a login or password. All it needs is a link that appears after clicking Feedback in the main menu. It generates a 24-hour token that the website uses to analyze the player’s drawing history in detail along with the pity. We paste this link into the window on the website and we can view our drawing history. Unfortunately, this link can only be found on the computer, on the phone, and in PS4 – through an active browser event such as the recent Slime Paradise. 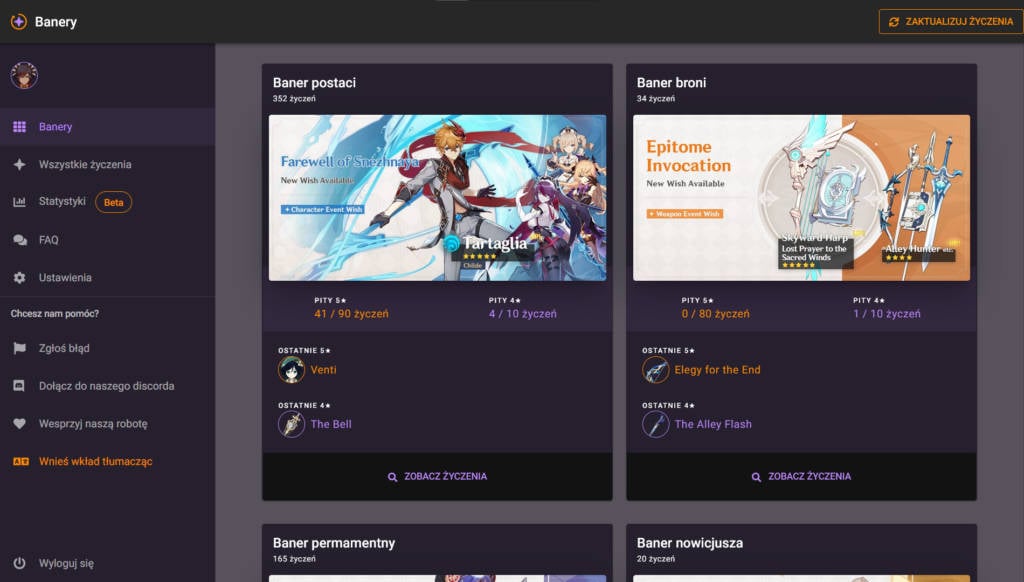 The website also shows advanced statistics, with a breakdown into banners. 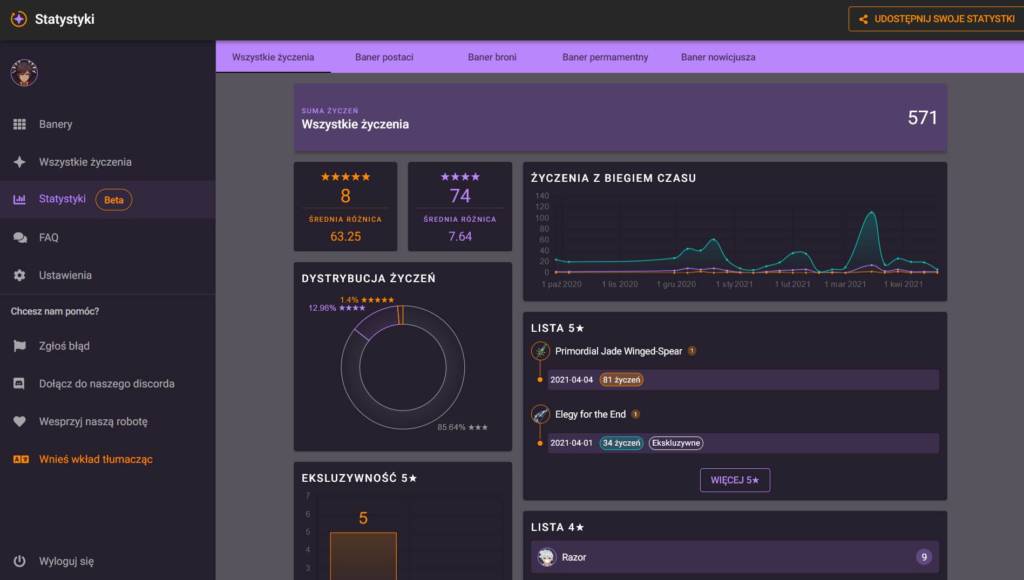 Another tool, also frequently used, is Genshin Wish Export, (download link: here). After running the executable file shown below, the player will see a program in which the language must first be changed. 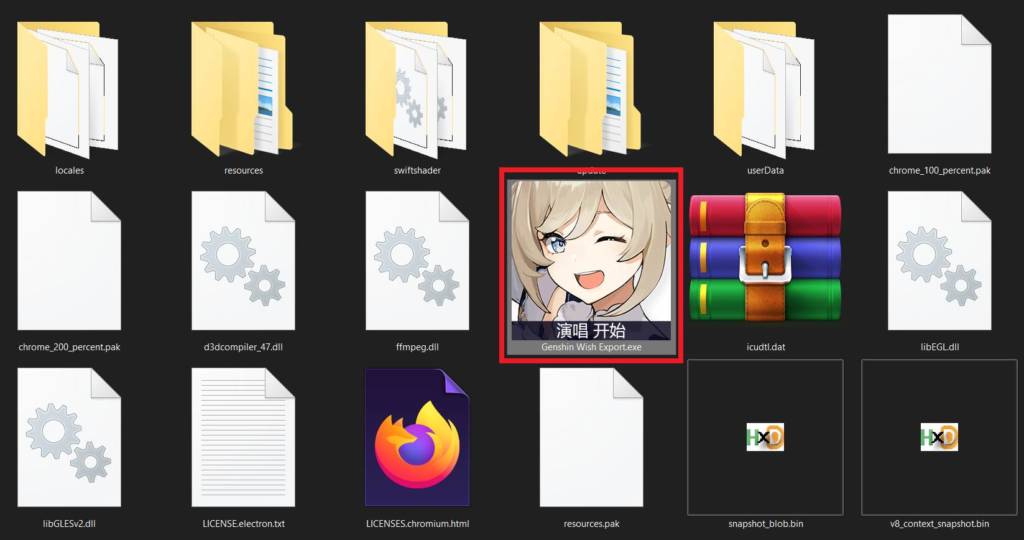 To change the language, just click on the three-dot field in the upper right corner, and then in the drop-down list bar, the first field from the top, select English. 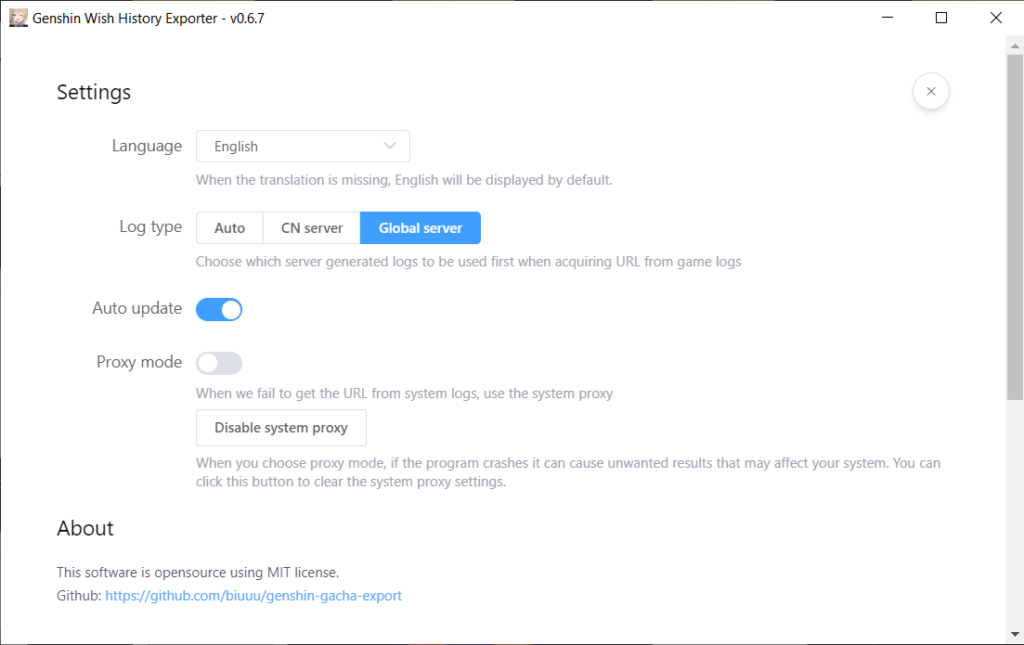 After that, you can go to the main screen, and then with the game running on the wish history table, click the blue Update box in the upper left corner.

After loading, we will see information about the wishes and diagrams showing them, along with the information which is the drawing. 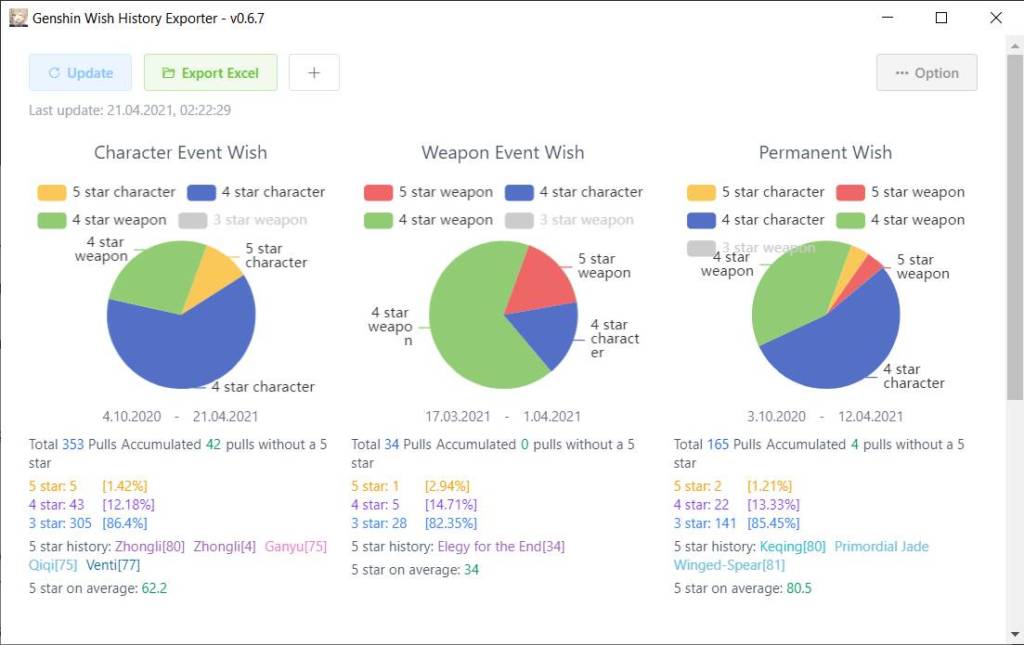 To sum up, there are several proven tools that will show us data about our draws – without any worries about our account or leaking confidential data. Tools such as Genshin Wishes and Genshin Wish Export make the life of the average gamer significantly easier.