Players are able to do a lot for their favorite characters. This time one of them went too far.

MiHoYo was founded in 2012 by three Chinese students: Cai Haoyu, Luo Yuhao, and Liu Wei. Their blend of independent development and anime form inspiration won a lot of fans in their home market. They are known, among others, from FlyMe2theMoon, Honkai Impact 3rd, and Genshin Impact. With fame came a lot of responsibility and its consequences.

READ MORE
Kazuha as a new character for Genshin Impact in Update 1.6. Skills, date and more

On April 24, a man sneaked into the creators’ building with a knife. During this action, the police caught the perpetrator and no one was hurt. 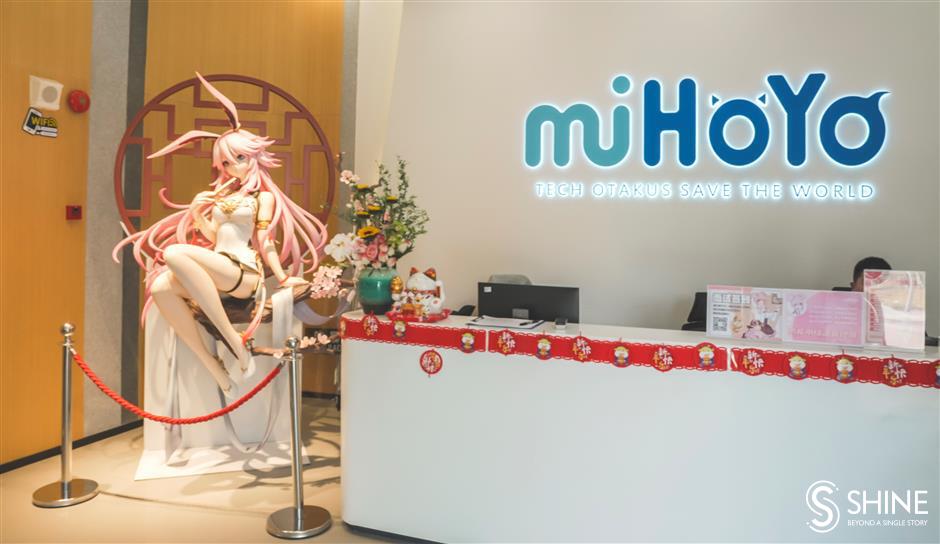 According to information from the Chinese press, a fan apparently “was nervous about the recent changes” in one of the miHoYo games – Honkai Impact 3rd. In one of its recent updates, the company added a rabbit costume for some characters but had to remove it on the Chinese server. This was because many fans were complaining on social networks. They did not like the costumes and the dance moves – especially the female characters – were “disrespectful and vulgar” to them. 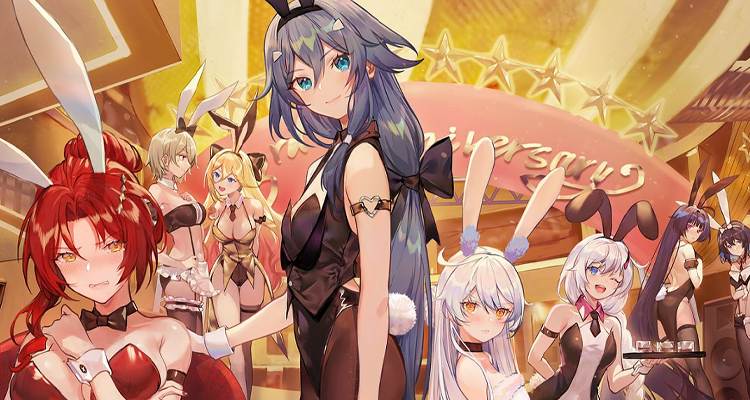 The official statement of the studio

In the official miHoYo statement, seen below, it announced the removal of the update in China. The company also apologized for the idea “inappropriate and inconsistent with the character’s characteristics”. 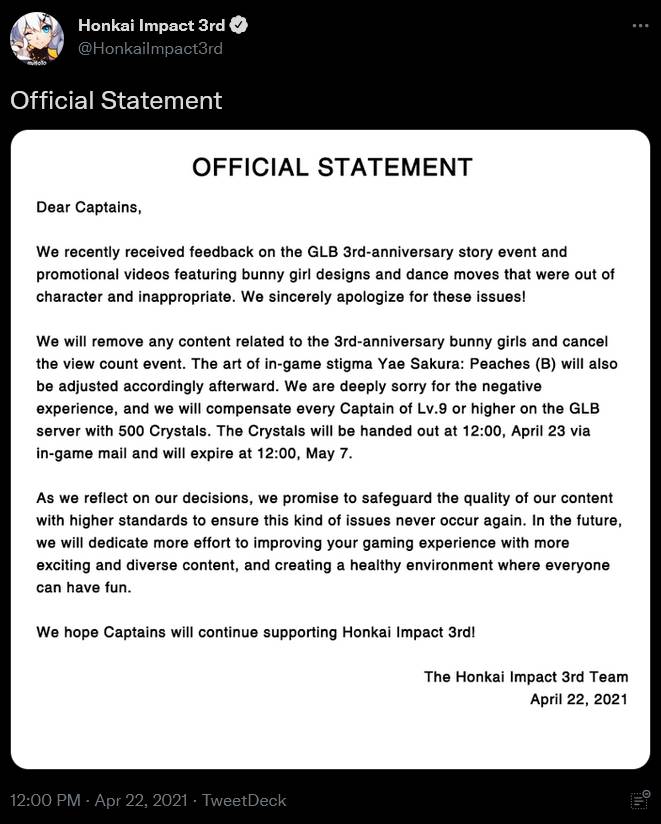 A matter of debate whether the suspect who attempted to murder the founders was upset by the introduction or removal of additional content remains. Assumably, according to police information, the mere matter of the character’s costumes was enough for the attacker to create a murder plan. It is also significant that the man committed suicide shortly thereafter. In response to the miHoYo campaign, users accused developers of succumbing to Chinese censorship laws and outraging fans.

Censorship in China is common and many players are not happy with it. Even so, the Honkai Impact 3rd community certainly did not expect such consequences after applying it in the recent event.