With the new trailer, Eula won the hearts of many GI fans. Who will she be in the banner with and what are her skills?

Eula is a character that appeared suddenly, completely out of the blue. Players have not seen any leaks about her or any information in the plot before.

Now, however, all information about her has been released. What exactly do we know?

The new character with Cryo vision will be the next one to be drawn from the Character Event Wish named Born of the Sea Waves. This banner will be available on 18/05 at 18:00 and will last less than three weeks – until 08/06 at 14:59.

She will be accompanied by Xinqiu, Beidou, and Xinyan who are Hydro, Electro, and Pyro respectively.

Her icon is also known to be displayed by the players who drew it. 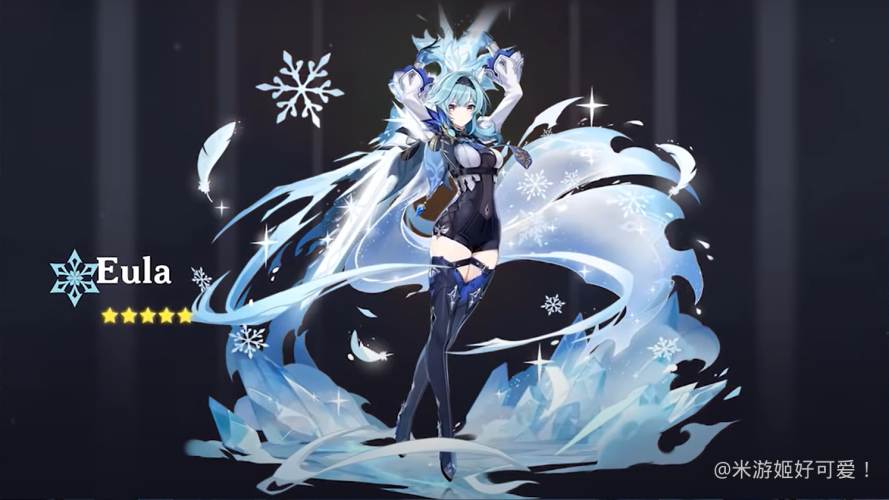 Description: The Spindrift Knight, a scion of the old aristocracy, and the Captain of the Knights of Favonius Reconnaissance Company. The reason for which a descendant of the ancient nobles might join the Knights remains a great mystery in Mondstadt to this very day.

Perform up to 5 consecutive strikes. When pressed, she performs a charged attack that can be induced repeatedly with stamina consumption. The last one deals more damage. Attacking from above allows you to deal damage to enemies along the way and to the AoE area after hitting the ground.

When pressed, Eula cuts quickly, damaging with Cryo. When she hits an enemy, she gains Grimheart, which stacks up to two times. This effect can be obtained once every 0.3 seconds.

Grimheart is an effect that increases Eula’s resistance to interrupting her actions and her DEF.

When held down, the heroine absorbs the entire stack of Grimheart and lunges forward, dealing AoE damage to enemies in front of her. If the stack is used up, enemies around will have their physical RES and Cryo RES reduced. Each Grimheart effect acquired is transformed into an Icewhirl Brand that deals Cryo damage to nearby enemies.

Eula swings her claymore, dealing Cryo damage to enemies, and creates the Lightfall Sword, a sword that is in the field for the next 7 seconds. When present, it increases Eula’s resistance to interrupting the action.

The moment her regular/charged attacks, E and Q, deal damage to enemies, it charges the Lightfall Sword. It can stack energy once every 0.1 seconds. After 7 seconds, it descends into the battlefield and explodes violently, dealing physical damage to enemies. These scale depending on the energy stacks accumulated by the Lightfall Sword. If Eula leaves the field, the sword will explode.

There is also a video showing her Q in slow motion.

Two animations of her staying still saw the light of day that fans loved.

You can watch the full display of Eula’s skills here:

There is also a famous claymore user card that anyone can get after reaching the 10th level of friendship with a character.

It shows the coat of arms of the Lawrence family, Eula’s noble house.

The players were crazy about the trailer of the noblewoman, especially her sneezes.

A character demo is also available.

Even though Eula was a surprise, she is already very popular among the community. Time will tell if this translates into a large increase in miHoYo’s revenues.