Beta 1.6 has started, and with it work of finding hidden content. Kazuha fell into the hands of the players.

Genshin Impact is a “still coming out production” by miHoYo studio. As the company’s profits are very large, the game development plan was expanded from 5-years to 12-years long, which no doubt surprised fans. It has been known for a long time that we would not know some of the future content of the game if it were not for the data miners. Leaks revealed an upcoming 5-star character named Kazuha who has become the community’s latest favorite. 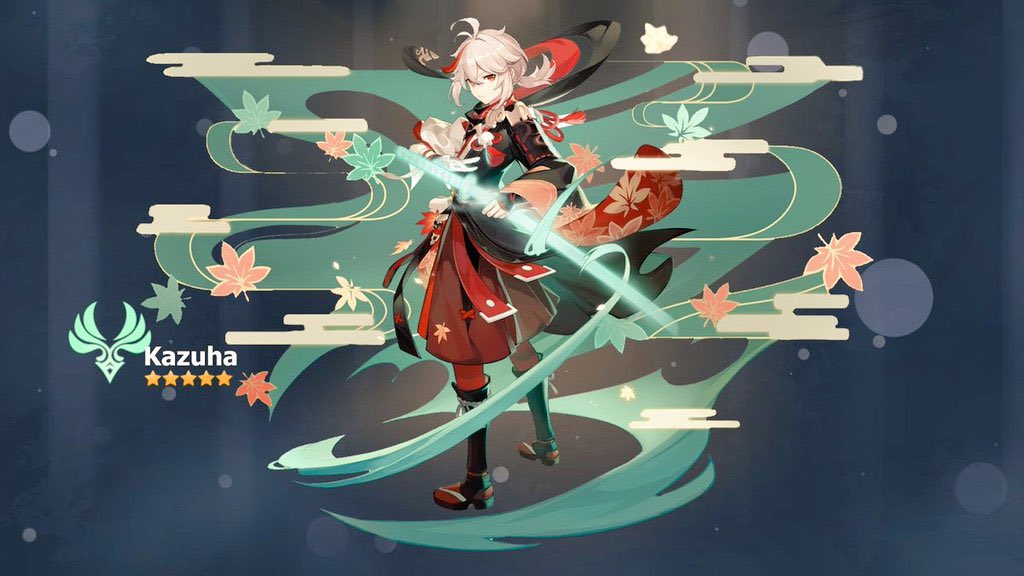 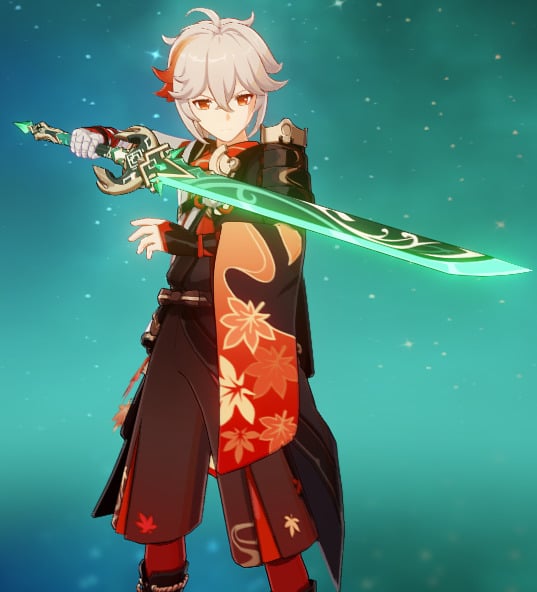 Unleashes a secret technique as fierce as the rushing wind that pulls objects and opponents towards Kazuha’s current position before launching the opponents within the AoE, dealing Anemo DMG and lifting Kazuha into the air on a rushing wind current.

Within 10s of being in mid-air due to the effects of Chihayafuru and if maintaining a mid-air state, Kazuha can unleash a particularly powerful Plunging Attack known as Ranran Haishi.

Elemental Burst (Q): Manyou no Ittou The ultimate Garyu technique — a single slash akin to a coming storm that deals AoE Anemo DMG.
The blade’s passage will leave behind a field named “Ruka Akino” that deals AoE Anemo DMG at set intervals to opponents within it.
If Ruka Akino comes into contact with Hydro/Pyro/Cryo/Electro, Electro, it will deal additional elemental DMG of that type. Elemental Absorption may only occur once per use.

There are also two known animations that the hero performs when idle:

All the animations together are presented below in the form of a show:

We also know the appearance of the player’s card, which anyone can get after reaching the 10th level of friendship with a character. This is what Kazuha’s one looks like:

It seems highly likely that Kazuha will soon be a playable character in Genshin Impact, so the most important question right now is about his release date. MiHoYo updates the game every six weeks, and since version 1.5 was released on April 28, it is likely that version 1.6 will be released on June 9. His banner is expected after the Klee rerun, in which case it will come out in the second half of June.

Kazuha has already become a favorite of fans who are craving for any information about him. Above all, it seems that he is quite a promising character who works great with other elements to maximize damage.