When Zhongli entered the game, many people did not draw for him. After buffing the archon, players began to regret it. To their relief, Zhongli returns.

There are a few characters in Genshin with the ability to craft a shield; they are Noelle, Diona, Beidou, Xinyan, and also Kaeya in the sixth constellation. However, none of them have an infinite shield like Zhongli.

Recently, leaks came out that Zhongli’s banner was coming back in 1.5.

The most popular leaker, Lumie, revealed that the banner would reappear on April 27. This means that it will be the first banner we will receive in Update 1.5. 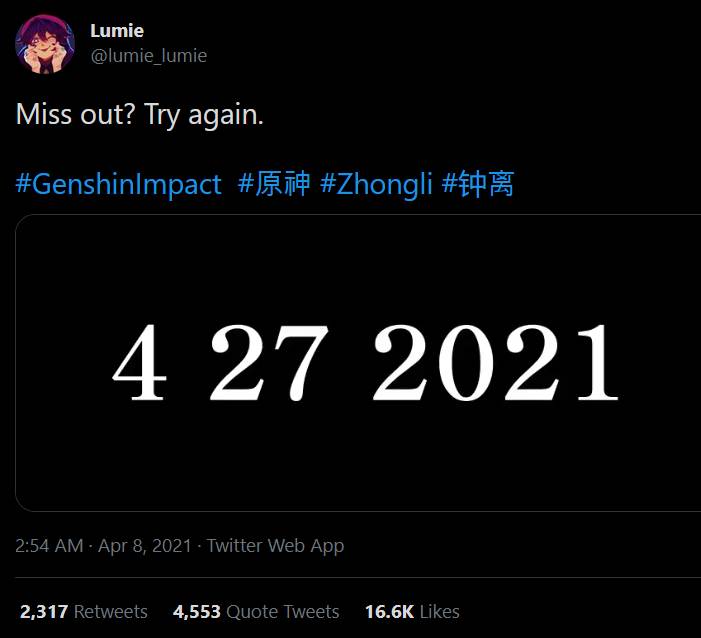 ALSO – Mini oceanid. New event in Genshin Impact. Everything you need to know

This is sad news for those who didn’t expect Zhongli back so soon – it may be difficult for them to get enough primogems for a guaranteed five.