Genshin Impact is slowly approaching its first anniversary. There is already the first news of the goods to come.

Almost a year has passed since the premiere of Genshin Impact. While at first some thought it was just another RPG, over time it has become one of the biggest sensations in the gaming industry.

Although the game is currently available on PC, PlayStation and phones, the developers are actively working on making the game available on Switch as well. However, there are some problems with this – When will Genshin Impact be released on Nintendo Switch? Rumors of a delay in release

READ MORE
New furniture is coming to Genshin Impact. The teleporter will come to Serenitea Pot. What you need to know

One of Genshin’s most popular Twitter profiles, Genshin Report, revealed what to expect: 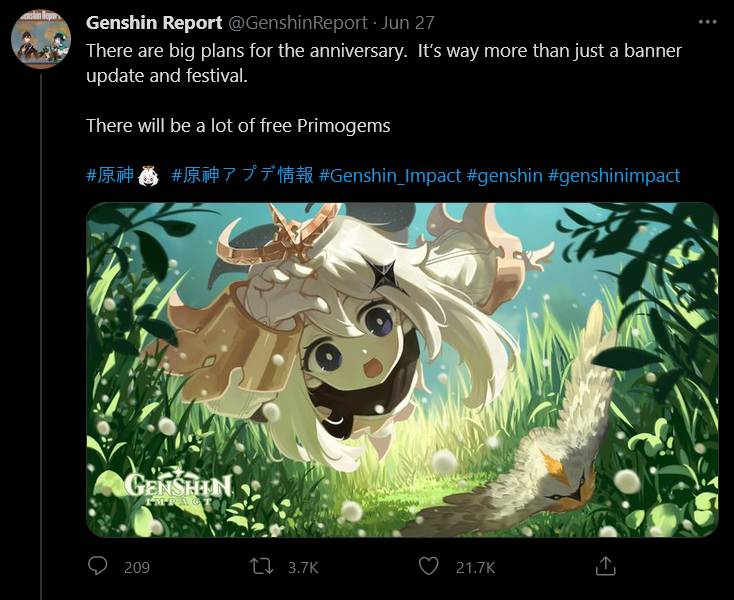 With free primogems and other gifts for players, collecting for upcoming Inazuma characters will become easier. This is great news for F2P players.

The anniversary itself falls on September 28, 2021.

The community has something to look forward to – not only will Genshin’s first birthday be celebrated soon, but also a major 1.7 / 2.0 update is on the way, which will most likely add Inazuma to the map with new characters.