It’s no secret that a new region is getting ready. It was expected in a few months, but miHoYo has other plans.

The Chasm is an upcoming location containing a mine, the main source of metal ores in Liyue. It has already been mentioned several times in the story quest, but players were not allowed to enter there. It turns out The Chasm won’t be coming out in 1.6 as has been speculated. What do we know from leaks?

Region released in a year?

According to one of the credible leakers, The Chasm will not be released until the beginning or the middle of 2022. So far, the dates given by leakers have been close to the official ones, so the information seems to be very reliable. 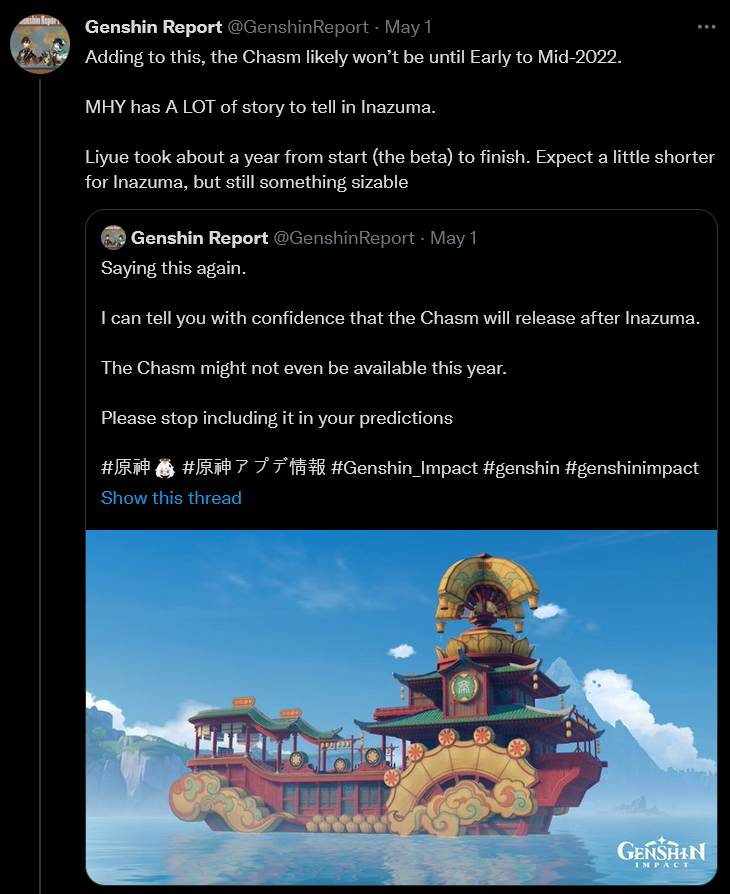 Additionally, as Mondstadt’s Dragonspine was released after the next location – Liyue, the same will happen with The Chasm. This is a rough estimate, especially as it is a fairly indefinite timeframe. The beginning of 2022, maybe in January, or the middle of 2022 – July. It’s a few months of difference, which is quite a big one for a game like GI. For video game development, often the last of the two timeframes is the deadline. ​