Leakers who revealed information about Star Wars or Spider-Man, suggest when to expect GTA 6.

So far, there is no official information about GTA 6. The developers have not even announced plans to release the next installment of Grand Theft Auto, but the community is convinced that it will come out.

ViewerAnon, or leakers who disclosed information about great movie hits, such as Spider-Man or Star Wars, have knowledge about the release date of “The Six”.

When will GTA 6 according to ViewerAnon be released?

ViewerAnon claims that in 2020 Rockstar planned to release its sixth production release in late 2023. Unfortunately, the health crisis may have thwarted developers’ plans. If it really was, we will see GTA 6 not earlier, than in 2024, and maybe even later. Of course, during this period, developers can constantly invest their time in GTA: Online, which receives updates from time to time. 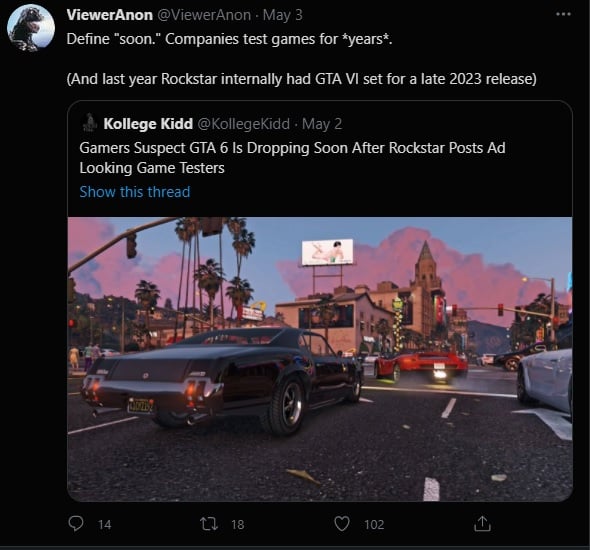 Grand Theft Auto fans expect the title to be published in the near future, so such information from reliable leakers may be a blow to them. Unfortunately, this is the reality, and the current situation does not help with it at all.