GTA 6 is one of the most anticipated games of recent months. Now the players have found some interesting details.

Grand Theft Auto 6 is definitely one of the most anticipated games recently, and it hasn’t even been officially announced by the developers yet. Over the last few years, developers have focused on the development of GTA: Online, but now there are many indications that they are also slowly working on the “Six”.

Members of the community found a very interesting job offer from Rockstar that may suggest something about GTA 6.

What does Rockstar’s job offer suggest?

Some leaks about Grand Theft Auto 6 indicated that the action would take place in the 1980s. We are talking about Project Americas, but this one was probably not real. Rockstar India is looking for a “mixed media animator”, while the offer itself suggests that the title will be closer to the current times despite what was initially thought.

In the “What We Do” section of the offer, you can read that the team is “creating in-game media content for the game world to ensure an immersive experience.” The media in the game can therefore be understood as websites such as Life Invader or numerous TV programs. 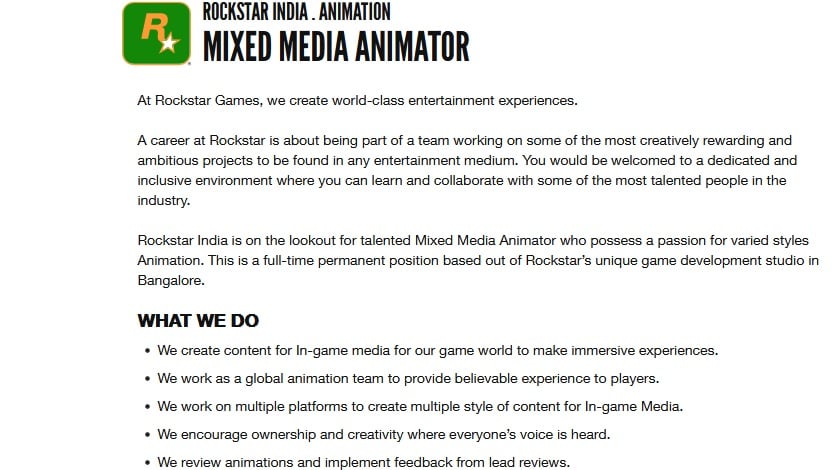 The title is unlikely to be set in the 1980s because websites would not play a significant role in the game. Anyway, it is still not known what the developers are planning and it remains only to wait for official announcements.