A systematically removed map leak has appeared online, which, according to the leak, is to be the map of GTA 6.

As always, leaks should be approached with a certain distance. It is known that there are people among the GTA community who know how to fake leaks. What is puzzling here is the fact that practically everywhere this leak is removed.

And the leak is quite big because it is a map that is to appear in GTA 6. It is not known what stage of design we are talking about, but you can see locations known from Vice City or activities such as the legendary bowling pins.

The leak has as many supporters as skeptics who say it is definitely fake. It’s hard to say where the truth lies.

Here you can see a map with many activities, such as basketball, bowling, fishing competitions, road and water races, adult clubs, theaters, cinemas. When viewed from the side, it really makes sense.

However, a leak contains everything it should. What exactly is it about? The image is not very sharp – checked, recorded somewhere in a dark room – also checked. Finally, to add drama, the recording device is quickly retracted. It just sounds like a perfect leak. 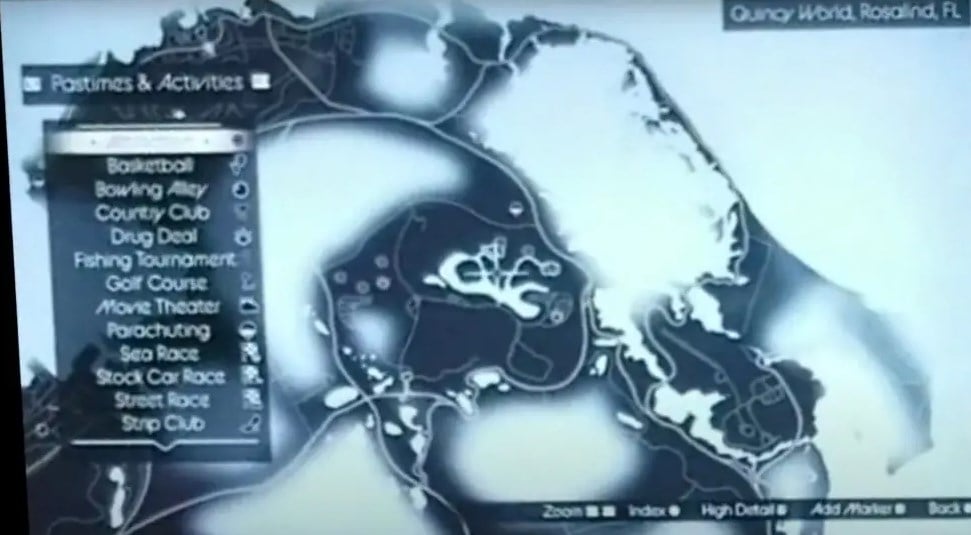 It is also suspicious that the icons look the same as in GTA 5. Rockstar does not repeat the patterns in such matters. On the other hand, maybe this is just an early stage of work, where not all elements of the six were designed yet, so the fifth installment of the series was used?

It is also interesting that videos with this leak are removed from Youtube. In all cases, by the people who published them. Why? Good question that has no answer at this point.