The girls from BLACKPINK hit another milestone on Youtube.

BLACKPINK needs no introduction. The group consists of four South Korean girls who together form the most popular K-pop girl band in the world.

It turns out that on June 8, the team broke another milestone. Namely, their debut single BOOMBAYAH reached 1.2 billion views. What else is worth knowing?

Last Tuesday at around 10:29 KST or 5:29 PM CEST, BLACKPINK surpassed 1.2 billion views on YouTube with their debut music video BOOMBAYAH. The song of the k-pop girls’ band is so popular that many have certainly heard it at least once, even though they are not even interested in this type of music.

The band debuted with the aforementioned song on August 8, 2016, so after a quick math, they managed to get this result after 4 years, 9 months, and 30 days from the premiere.

For this reason, the official Twitter account of YG FAMILY, or YG Entertainment, which is the label of the girl band, has published the official artwork celebrating this event: 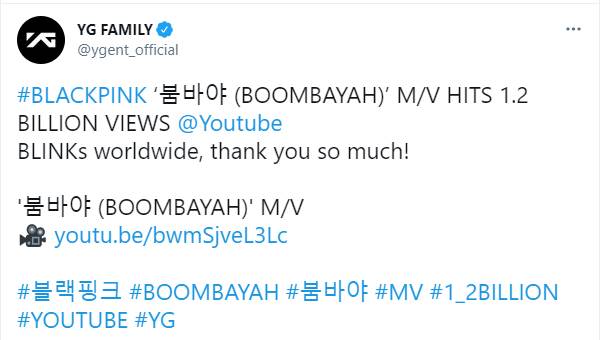 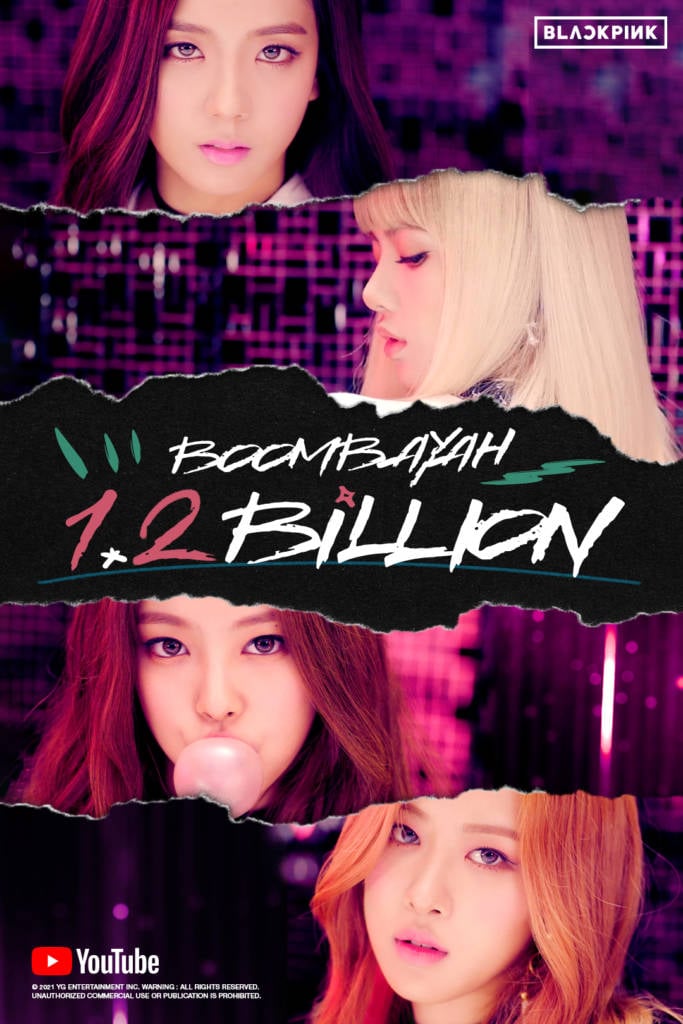 As a reminder, this is not the first BLACKPINK music video that has managed to gain such a huge number of views. The girls managed to achieve over a billion views in several of their other works, and these are:

So it turns out that BOOMBAYAH ranks third on the podium for the most views received by this k-pop band, and together they have as many as 4.

In addition, it is also worth mentioning that another girl’s music video is approaching 1 billion views, and it is How You Like That with 884 million. Looking at the commitment and hard work of BLINKS, i.e. the BLACKPINK fandom, we will soon hear about another over a billionth music video of the popular band. Now there is nothing left for fans to do but celebrate 1.2 billion on the band’s debut single as well as work on How You Like That.

You can watch the video for BOOMBAYAH below: