Aespa members and the label under fire from haters.

Aespa is the newest girl band from SM Entertainment, which became famous mainly for its original concept from the very debut, in which the members have their ae versions – their computer equivalents.

Some time ago the girls came back with their new track “Next Level”, which was also criticized mainly for the fact that the track had been bought back, causing fans to accuse the label of lack of ideas and interest in the new band. As if that were not enough, members are again faced with community hate over their latest Dance Practice. What is going on?

Apart from the fact that at the very beginning, Internet users noticed NingNing in oversized high heels, which was also strongly criticized – after all, it is dangerous – the fans found something else.

Many articles were written on foreign, especially Korean, portals, which imposed on readers the view that the latest Dance Practice of female artists suggested overt sexualization of secretaries and other office workers.

“They say dancing in exposed occupational attire, such as with nurses and soldiers, is professional sex commercialization. In their office looks in aespa’s ‘company version,’ they dance in crop top shirts, but office workers don’t usually dress like this. Is this sex commercialization?” 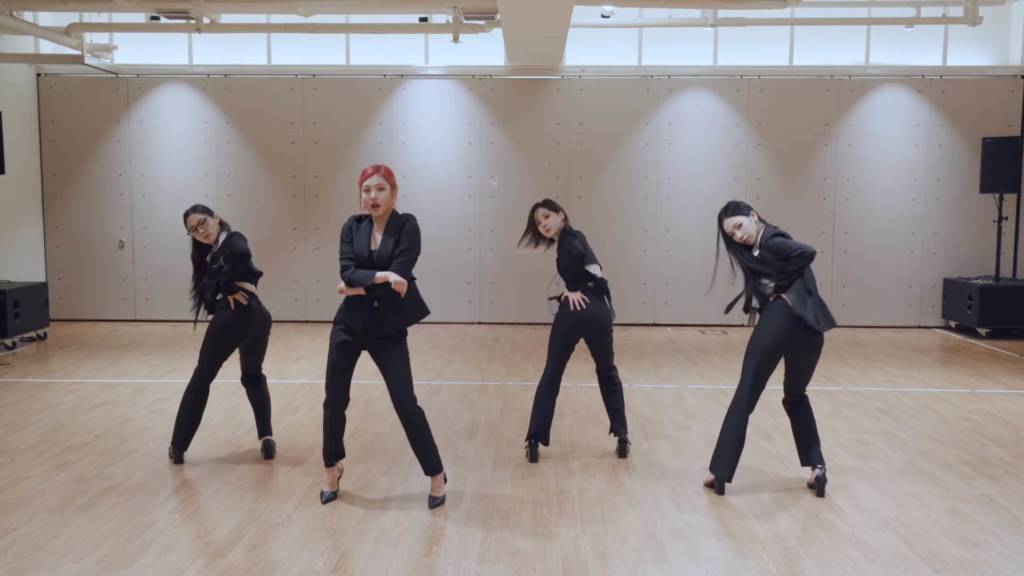 There were a lot of comments negatively evaluating the situation among the Korean community, as well as the band and the label. For this reason, heated discussions on this topic arose, some wrote that no employee dresses like this, you cannot wear ID badges in such revealing attire, and the shoes look uncomfortable to work.

On the other hand, there were also many people who defended the girls-band, explaining that such clothes are now in fashion and cannot be compared to tight-fitting nurses’ outfits, because it is not the same level.

It is not known whether the aespa girls decided on such outfits themselves or whether they were imposed on them in advance. For this reason, it is impossible to judge and criticize the team, because it is not known what the real situation was. It is also not known that SM will decide to write a statement, but the matter does not seem to be so serious that the label would have to intervene in such way.