Recently, BLACKPINK has been very active as a band and you can see that the label is trying very hard to make this year’s debut anniversary of the girls as good as possible.

For this reason, the “4 + 1 Project” was created, about which not much is known yet. YG, however, emphasizes that this is “a big project to reciprocate the love of the fans”, without giving any other information. Now it turns out that the documentary about the girls’ band – BLACKPINK THE MOVIE has been officially confirmed

What is worth knowing about the upcoming movie?

Since the girls’ label did not provide any more information on the 4 + 1 project, fans stepped in and started searching for different theories on their own. The biggest community idea you’ve heard of was a new member allegedly joining the team. However, the label confirmed that this is not the case, and the term 4 + 1 is simply meant to denote the band’s fifth year in operation.

Let us remind you that the girls’ band consisting of four girls, ie Jennie, Jisoo, Lisa, and Rosé, debuted with the songs “BOOMBAYAH” and “Whistle” 5 years ago, releasing their first single “Square One” on August 8, 2016.

Now, on the occasion of the 5th anniversary, the label has confirmed on Twitter that in August 2021, BLACKPINK THE MOVIE, a documentary about one of the most popular bands in the world, will be released. 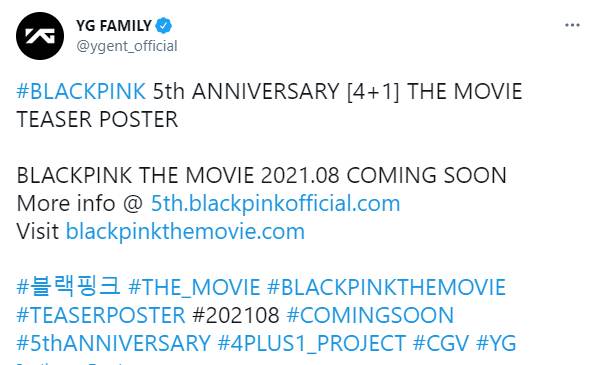 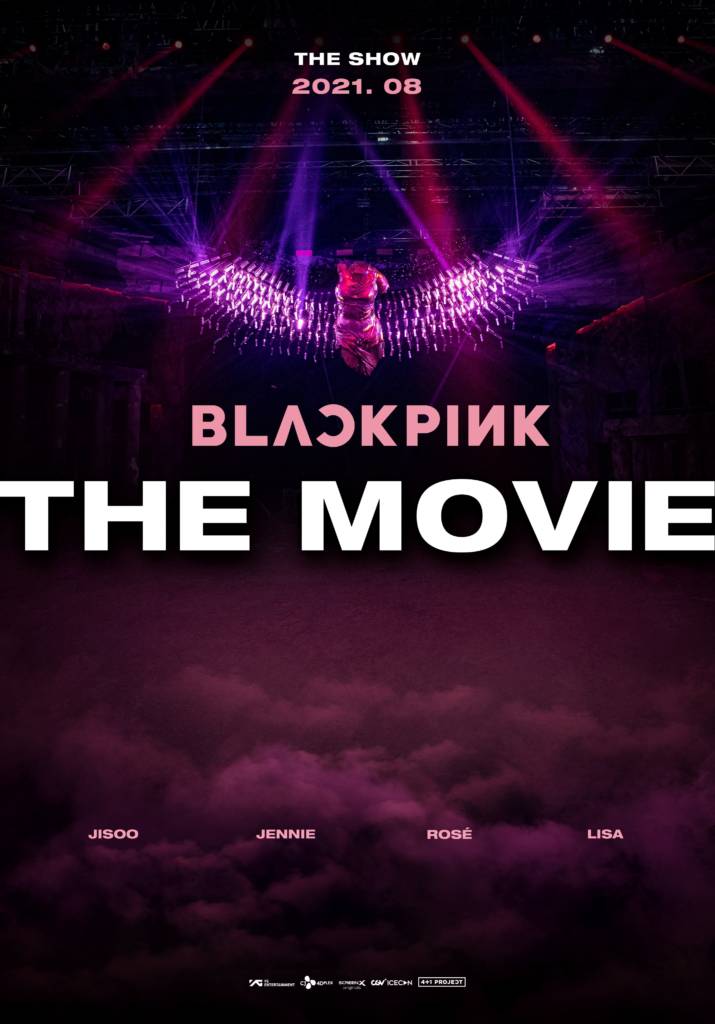 It was also confirmed that the film is scheduled to premiere not only in South Korea but also in 100 other countries, with details to be released at a later date.

We would like to remind you that another documentary about four girls – Blackpink: Light Up the Sky, which took over Netflix in 2020, premiered recently. Thanks to it, fans of the band could get to know the members better, their problems, experiences, and thoughts.

So, looking at the fact that the film was successful last year, it can be assumed that the latest production will also break all viewership records of the previous one.