Jeongyeon is switching to hiatus for the second time in her career and will not take part in the band’s activities in the near future.

Jeongyeon – actually Yoo Jeongyeon – is a South Korean singer and member of one of the most popular bands in South Korea – TWICE. Since their debut in 2015, the band has been developing very dynamically.

For this reason, the girlsband decides to spend many hours preparing brand new albums, singles, gigs, and smaller activities to keep the band as high as possible in the entire Korean music industry. No wonder members can feel tired and overworked.

Jeongyeon and her second hiatus

It is worth recalling that this is not the first such break in Yoo Jeongyeon’s career. A similar situation also took place last year, when the label decided to send her to hiatus in October due to her mental state. Now the situation repeats itself, as the company has issued a statement that a member of the South Korean girlband is again going on a “vacation” from professional activities due to anxiety disorders.

The entire statement can be found below. 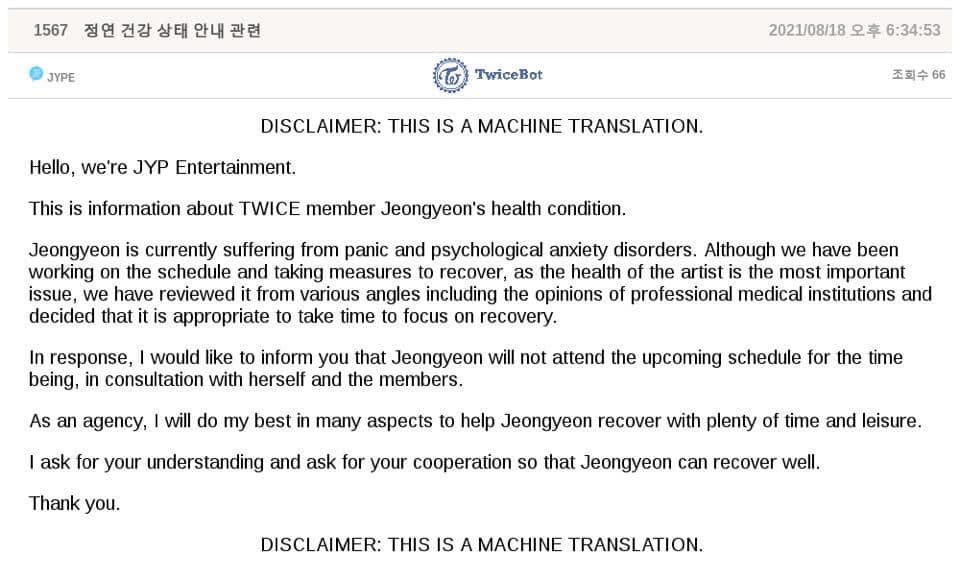 Interestingly, while Jeonyeon needs a career break once again, she is not the only member to have struggled with health issues from too much band activity. In 2019, a similar situation happened to Mina, who for very similar reasons had to go on a hiatus and did not participate in any activities of the girlband.

In addition, it is worth mentioning that due to the tight schedule of the South Korean band, two relationships of two members have already broken up – Jihyo with Kang Daniel and Momo with Heechul, which we wrote about some time ago. In both cases, the labels gave the same reason – no time for meetings between the two lovers. 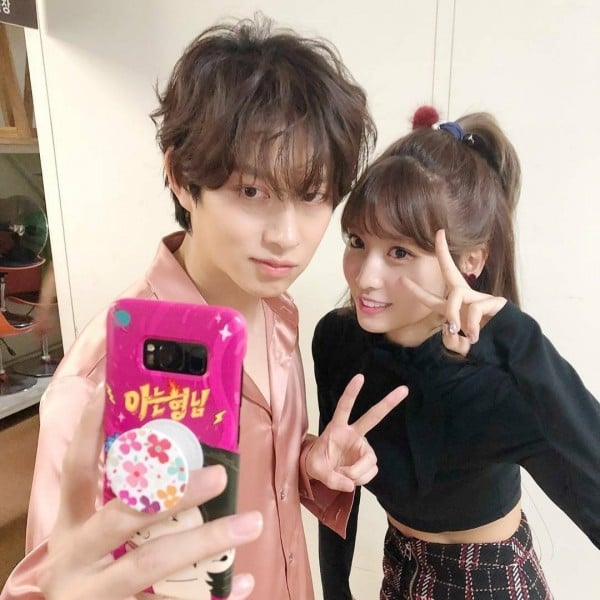 Does this mean that TWICE is overwhelmed by work, having no time for relationships with others, nor for their own health? Fans have been paying attention to this for a long time and are trying to reach the labels because they think they are overworked and simply exhausted. ONCE, because that’s the name of the band’s fans, indicate that the band is already at the heights of popularity and there is no need to tire members with such frequent comebacks and a crowded schedule.

Will JYP Entertainment finally listen to the voice of the majority and decide to give TWICE a break so that they can properly rest and recharge their batteries? It is not known, but one thing is certain – this situation is once again taking its toll and a perfect example of this is Jeonyeon, who is once again struggling with mental problems.