At the end of April, the developers announced that they are increasing the penalties for leaving the competition. As a result, after the 3rd game where we were AFK, in the short time now ends with the account being blocked for 14 days.

However, there are cases of players who prove that the system is not working at all or are able to bypass the consequences of being inactive in over 100 games. Interestingly, this man does it not only on one account.

READ MORE
Changes to featured items that LoL players want. Why is it so important?

All of us sometimes have to miss a match for a minute or even until the end of it. Nevertheless, we will find players who do it non-stop and enjoy or want to prove something to Riot and spoil the games for others. One Reddit user found an account where this has been going on for over 100 matches. 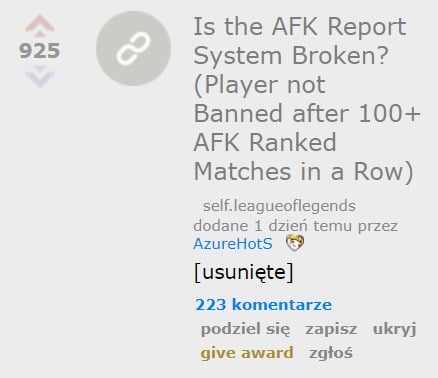 As usual, this topic is removed, although there was nothing untrue about it. In League of Legends, there is a player who especially makes others’ life difficult on several accounts. 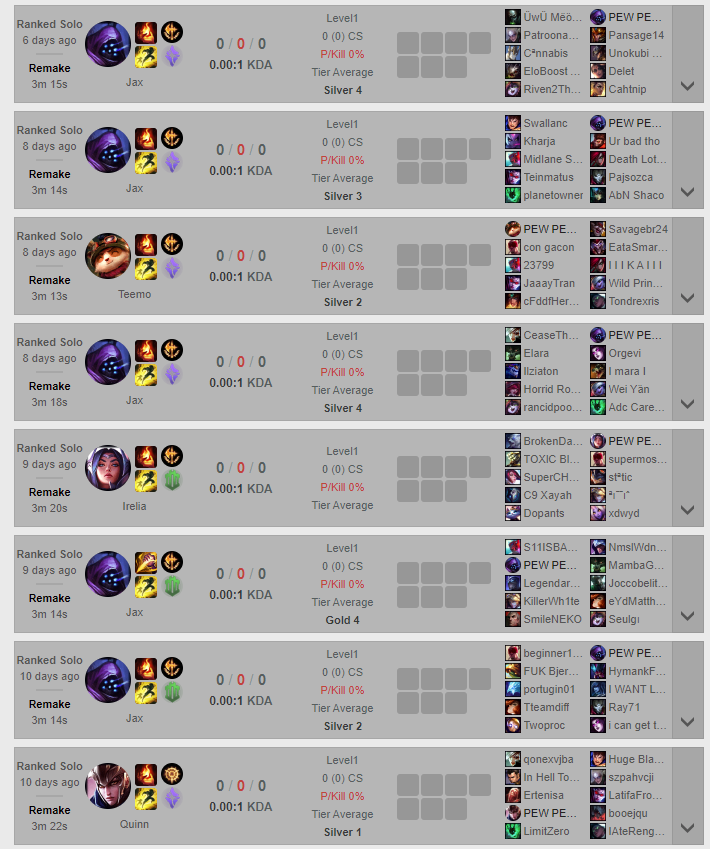 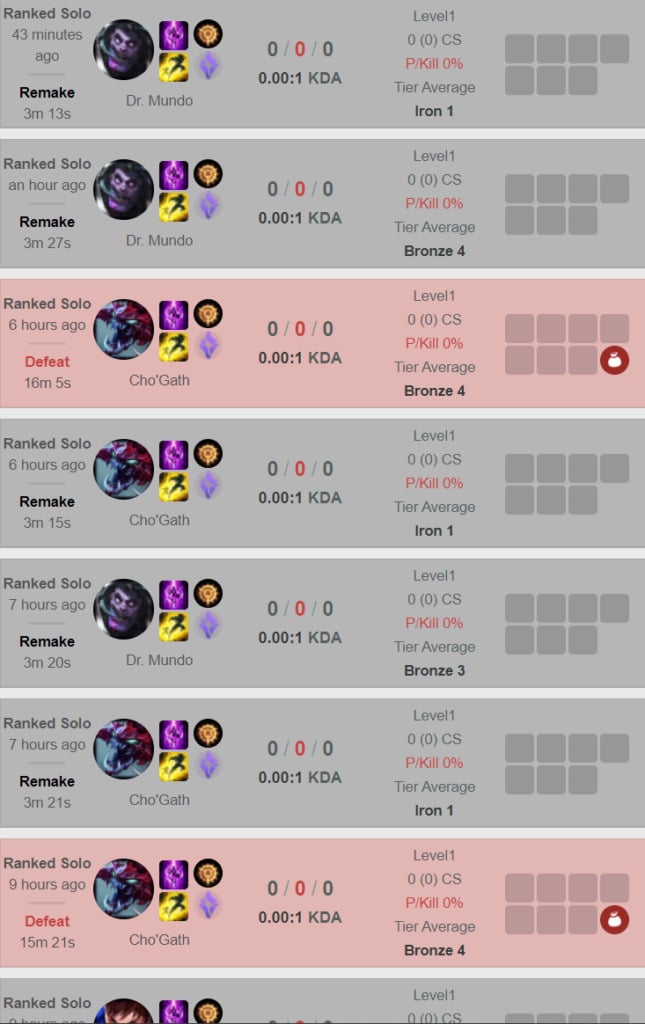 Has the account been blocked? The answer is simple – no. Like another player who was AFK for about 40 games in a row and started playing again after that, his MMR remained the same and continued to stay at Platinum 1 – Diamond 4. 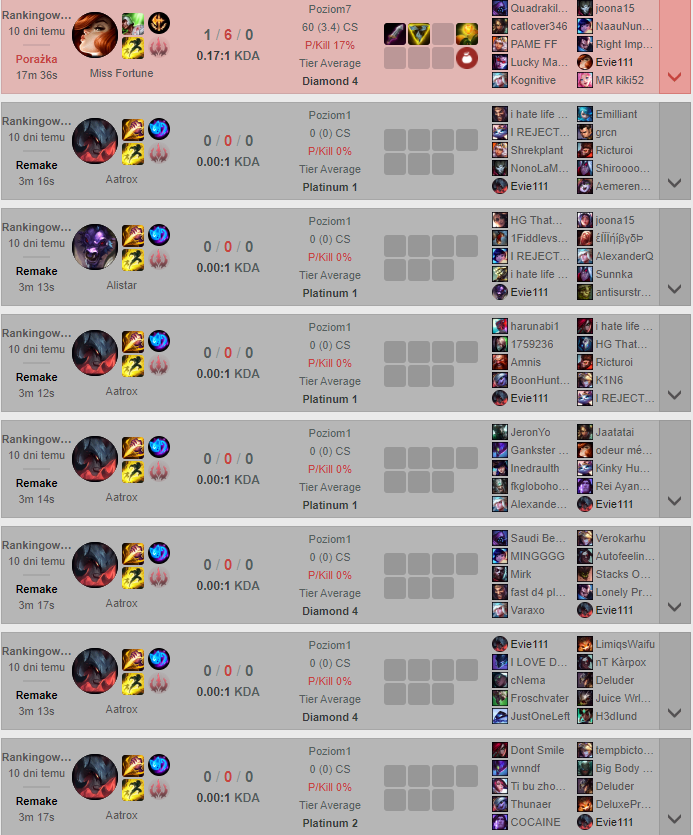 Although in most cases the team decides to remake, it is still wasting valuable time. Will Riot do something about it? It is not known at the moment, but the community demands that even in the case of the remake, the penalties for AFK should apply.