Could the newest League of Legends hero represent the LGBTQIA + community?

In League of Legends, we know a few heroes who already belong to the LGBTQIA + community. This is Neeko and in part Varus – Darkin has a lot in common with a couple of homosexual men. Additionally, a few weeks ago it was officially confirmed that Diana and Leona are in a relationship.

Now we find out that probably Akshan – the newest champion – will also belong to this group. This is confirmed by the person responsible for the last leak and announcements from Riot.

READ MORE
Top 5 LoL heroes for the top lane in the upcoming patch 11.14

Probably everyone already knows that Riot Games supports LGBTQIA + and celebrates the Pride Month every June. Among other things, it was then reported that Leona and Diana formed a relationship. Now it turns out that arguably the newest hero and Sentinel of Light is also part of this community.

This was announced by a Twitter user who yesterday revealed information about the latest event – Sentinels of Light. In the post, he highlighted Akshan’s position, which he believes may imply that he is LGBT.

Is the statement a good confirmation? Of course not, and the same was suggested by one of the commentators, who said that such suggestions were sheer sexism. 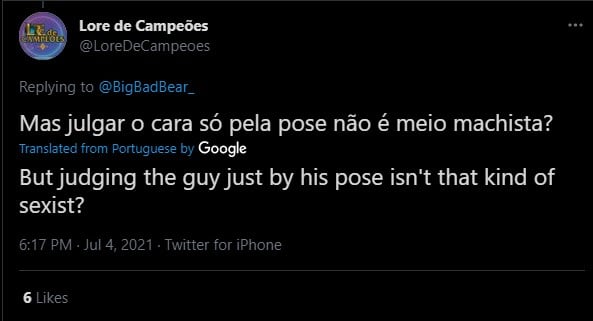 In defense, the author admitted that the statement was just an additional comment and that Akshan is in the LGBT community is a real leak. So, as always, there was some controversy. As a standard, some players announce that they will not play a new hero, others do not mind and ask why it gives rise to such emotions every time. 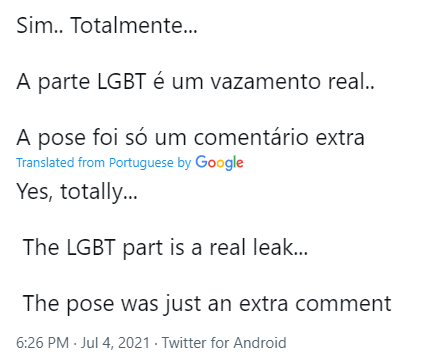 It is not impossible at all. It’s worth remembering here about the official Riot Games article from June. They mentioned that more LGBTQIA + characters will soon appear in LoL. It is possible that this is a coincidence, or maybe the developers wanted to prepare players for the next hero:

We want our stories to be a place where all players can see themselves and have characters they want to relate to. Players make it clear that they want more of this, universally. So we want to continue adding in LGBTQIA+ champions in League (though they might not necessarily be a part of a couple). It paves the way for opportunity and allows us to be true to ourselves and our audience as well.

Does this mean Akshan will be 100% LGBTQIA +? We do not know for sure, the information comes from a leak, but in fact it is highly probable.