CS records have always been an interesting topic, as much in SoloQ as in the professional scene.

The all-time record on the PRO scene was broken in 2018 and it is very possible that it will not be broken either. All because of the changes that have occurred in League of Legends over the past three years. Riot shortened the duration of the game, and this definitely made it difficult to break CS records.

In any case, in 2018, a total of 3 highest scores were set for the number of minions defeated:

But SoloQ is a completely different story

Hardly anyone keeps track of this type of record, while in June 2021, less than a month ago, the CS record in the ranking queue was broken. However, it cannot be said that it was a completely normal match. It lasted 237 minutes, of which most players had 0 liquidations and even several dozen deaths.

Singed’s player was able to break the CS record by eliminating as many as 6,498. No, this is not a joke. Over 6,000 liquidated CSs. This also gives you the record for the highest number of minions killed per minute – 27.41.

It was close to double the previous record.

It will be hard to beat this result even with all errors and special overlap in mind. Especially since Singed is still up to something, deliberately losing the last games. 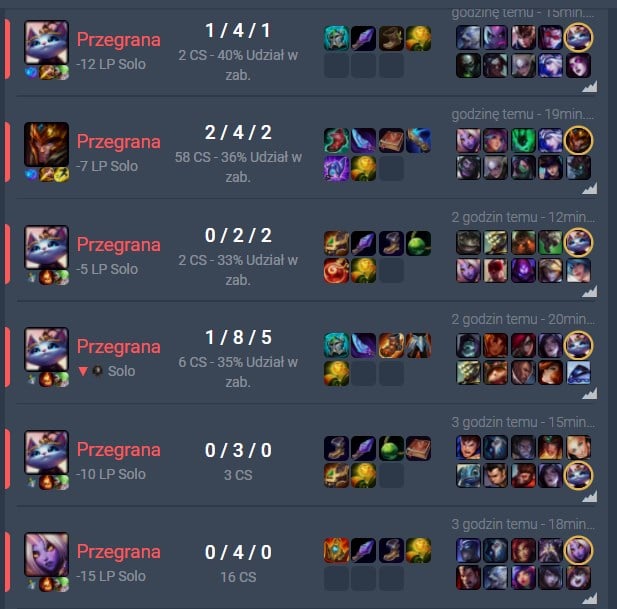 Some want to rank as high as possible, others are able to lose all matches for a few weeks and then hit that one special match.