One of the fans has created an interesting skin concept for Evelynn from one of the newest series in the game – Arcana.

About a month ago, a new skin series – Arcana – was revealed. Xerath, Camille, Tahm Kench, and Lucian appeared among the heroes who got the skin. Many artists have created fan skins from this line, and some of them have received their own articles.

Recently, another skin from this series has appeared, created by one of the artists whose works are well known in the League of Legends community.

How did it go this time?

READ MORE
Netflix shows a new fragment from League of Legends series. What’s new about it?

Erai Violett is a famous artist in the League of Legends community. Perhaps some people know concepts such as Eclipse Lux, Eclipse Diana, Coven Leblanc, or Gothic Gwen.

The design is extremely careful and perfectly reflects the atmosphere of the Arcana skins. You can see the themes and colors characteristic of them.

The author admitted that the whole thing was quite complicated to implement, but they were satisfied with the final result. 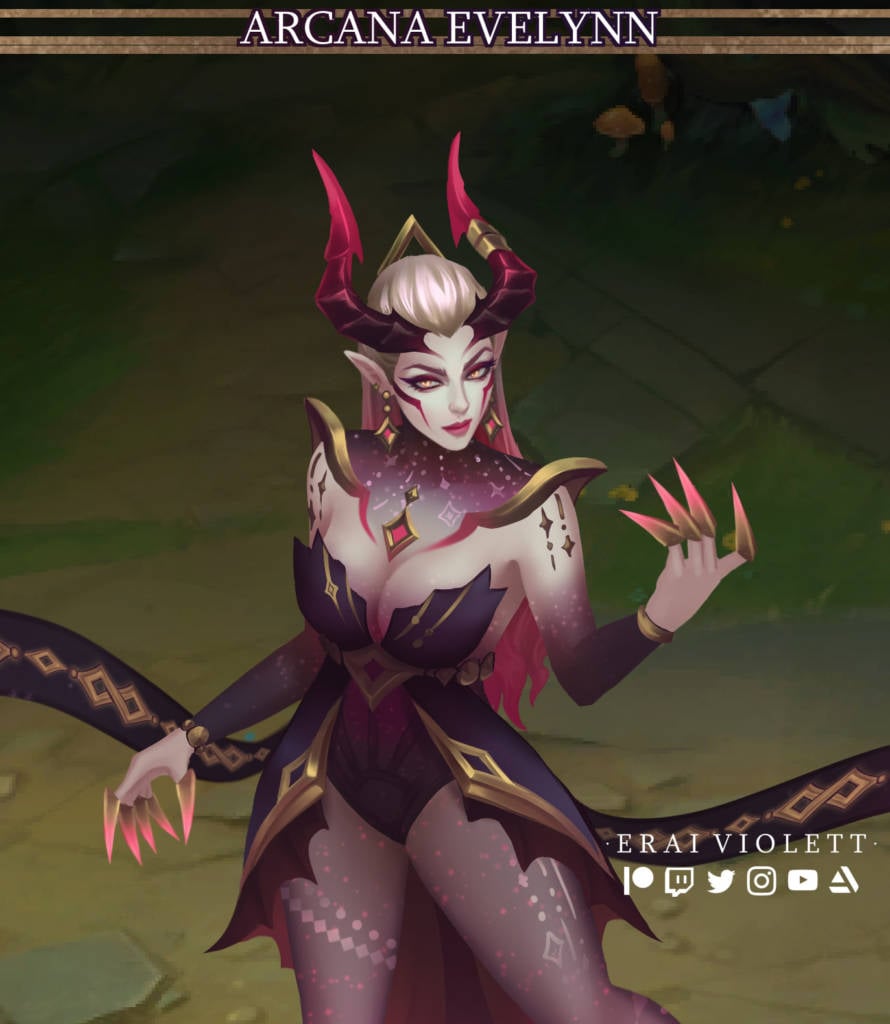