Aurelion Sol isn’t all that useless. What is the phenomenon of this character?

Many players complain about the rarely chosen Aurelion Sol. Some people think it is completely useless and should be revamped or at least slightly reinforced.

However, this is not a problem for real OTPs, who can squeeze 100% of what the champion can offer. This is how one player from EUW made the server’s TOP 5 playing only this character.

If we ask League of Legends players what hero they see the least often, a large part will certainly answer that it is the First Star. One of the most powerful characters in the universe, he isn’t all that strong in Summoner’s Rift. He has his own unique playstyle that needs to be learned and takes hours to work.

ALSO – Rylai’s Crystal Scepter from LoL should be changed? What do players think?

Therefore, we can divide the Aurelion Sola players into two groups. Beginners who usually choose other champions and pick up the dragon every now and then to eventually lose the game and leave it be. A great example is Tyler1, who wanted to move down from mid lane to TOP on the third level but forgot that his stars can be seen from the bushes.

For this play he was hailed as “typical new Aurelion player” and ridiculed by his OTPs. They are the second group that enjoys the character and does not care about the opinion of others.

If we want to see how a hero should be played, we need to analyze the games of Diablo, who has a Twitter profile @ Diabloleague1 and is considered the best Aurelion Sol’s player in the world. He is currently ranked 69th and 5th, respectively, in the ranking of the best players on the EUW server and only picks Aurelion on the TOP. 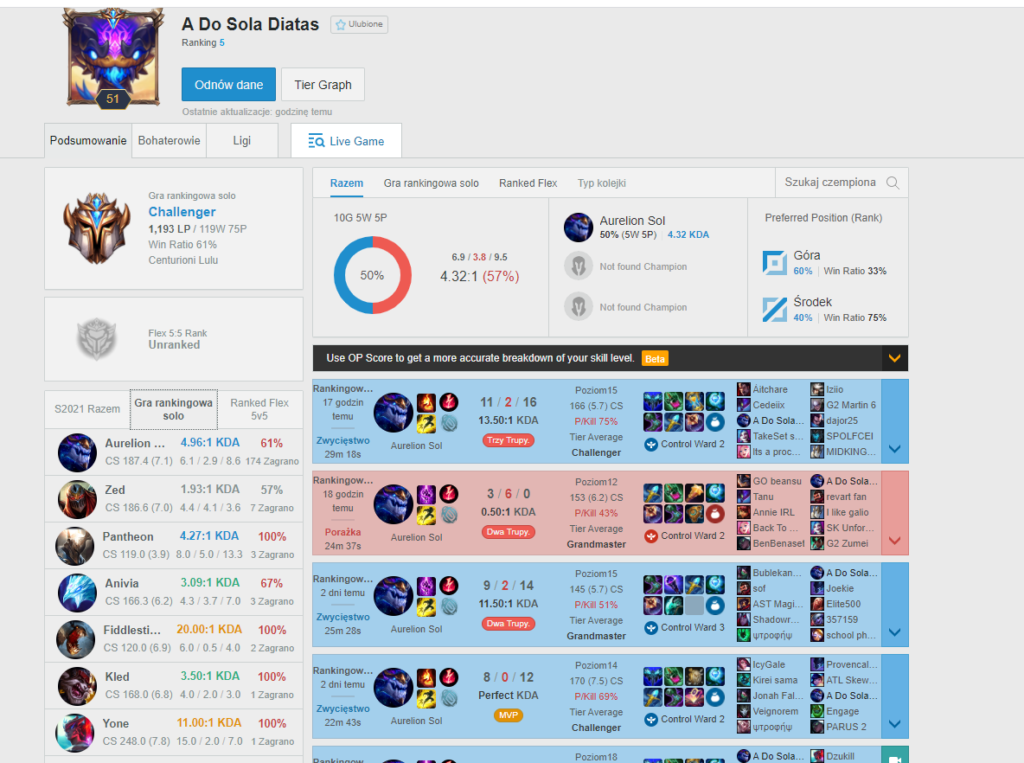 What are the general stats of the character? Thanks to leagueofhraphs.com, we can find out that Aurelion’s popularity is only 0.9% and he wins an average of 50% of matches above platinum on all servers. Such Win Rate, however, may be due to low popularity, because the average in such cases is overestimated by OTP, who win more matches than regular players and compensate for the negative win rate of the new players.