As you can see, not only normal players can be toxic. Some are also PRO players on a daily basis.

Recently, on both Reddit and Twitter, a huge scandal broke out with the professional Astralis player – Hampus Mikael “promisq” Abrahamsson.

Screenshots from the chat in the lobby and private messages have been published. And they are not looking good.

READ MORE
How did Rammus from LoL achieve tremendous speed without a specific team or items?

League of Legends is considered by many to be one of the most toxic game in the world. While Riot Games is struggling with toxic users and bans their accounts, it may not seem like professionals are among the them. It turns out otherwise, and a great example is Astralis Support, Hampus Mikael “promisq” Abrahamsson.

He is known for his toxicity. The evidence was posted by Twitter user EragonUK.

ALSO – The MSI 2021 in LoL should be more diverse, but these two champions still won’t be there

The player decided to ask him about the reason for this decision. In response, he learned that promisq hopes he would get cancer and that’s basically it. 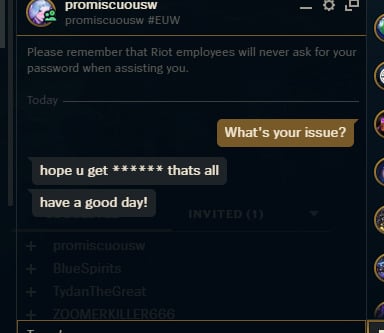 However, we don’t have to search for screenshots from the game to notice the hatred towards other people. It is enough to go to the pro’s official profile on Twitter. 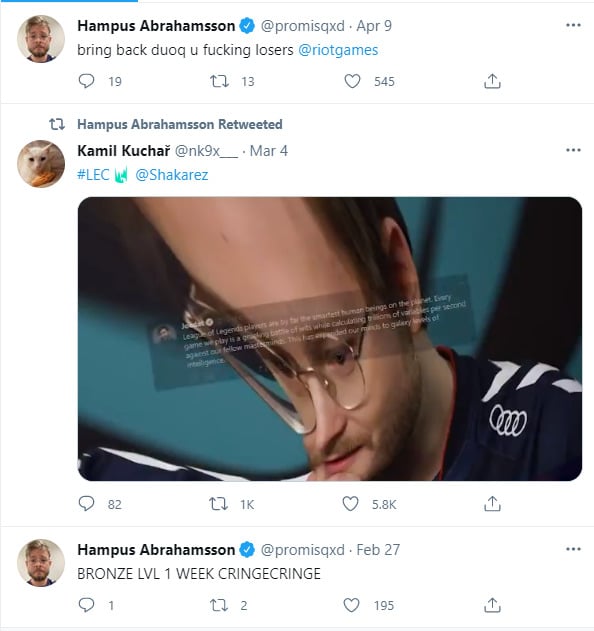 Reddit is not surprised by Hampus Abrahamsson’s behavior and claim he was always toxic. They are only surprised that after becoming a pro he did not apologize for his behavior – like a member of L9 – Selfmade.

Additionally, some people laugh at him that he has too much ego, as his only major achievement is first place in the LEC 2019 with the G2 Esports team. The catch, however, is that he was not playing at all, but was on the bench.

Will Riot do something about it? It’s hard to say.