Players have noticed that there are suspicious accounts in LoL that are acting in a disturbing way.

In the game by Riot Games, there are unpleasant bot situations from time to time. Several times non-human accounts have joined the ARAM mode en masse. Players complained that bots were destroying their game because they acted absurdly, bought random items, ran mindlessly under the opponent’s tower, and ended the game with 0/15 stats.

Another example is the account leveling bots that can be found in the player vs AI mode. There, the bot plays similarly to a novice player – he does not die mindlessly but tries to get assists, misses, or attacks the towers with the rest of the team. Bots of this type are not particularly dangerous to the rest of people and some mistake them for real players, thinking that they just don’t speak up in the chat.

The real problem, however, is where the bots enter ranked. And so it happened recently.

READ MORE
Leak of a new skin from the Project series for League of Legends. This time it’s Mordekaiser

On the Internet, you can find various threads presenting a rather unnerving problem, i.e. accounts that have played hundreds of rankeds and lost every single one of them. In the history of games of such a profile, not only the defeats themselves can be noticed, but also the fact that each match ended in around 3 minutes – this means that the team used the remake option.

ALSO – One of the strongest picks in LoL, appearing in 100% of MSI matches. How to play Rumble in the Jungle?

The above screen shows an example of a profile of this type – a sequence of identical games, each ending with a remake.

The statistics of some accounts show that games are counted in hundreds, e.g. 0 wins and 244 losses. You can also notice that the profiles are still active, and the last matches they “played” took place just a few hours ago. 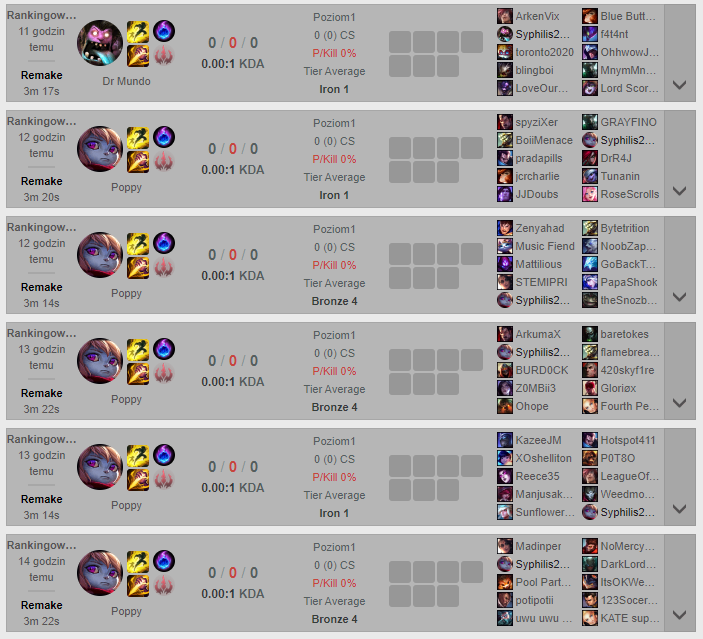 The bot very often only plays with specific characters, although some examples show that there are exceptions to this rule.

Players who have encountered these types of accounts say that loading into a game literally takes forever – the fault is that one of the players disconnect. After a huge waiting time, the match starts and the lack of one of the allies quickly results in a remake.

It’s worth mentioning that account names are also quite specific. Players noted nicknames such as “Real time waster” or “A lot of fun XD”. Some of the names have already been changed because there were also those that broke the rules of the game. 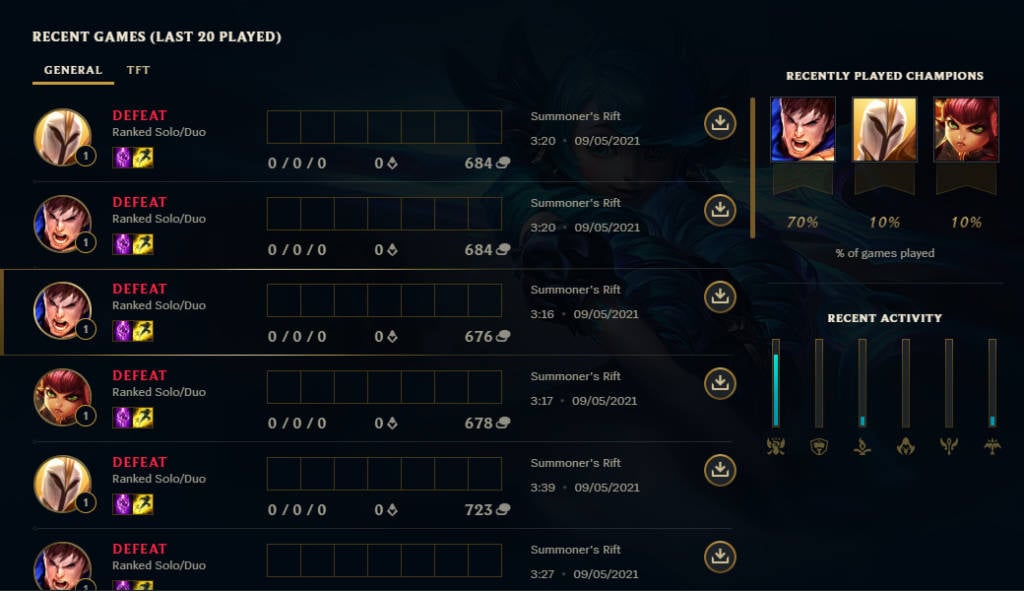 ALSO – Troubling situation from League of Legends. Kayn got a kill without even touching his opponent

Why does someone create these bots? So far, no one has found a clear answer to this question. Some players believe that this is a form of artificially lowering the win ratio, but there are others who say it is a malicious way of wasting others’ time and simply annoying people.

Nearly everyone who has encountered these types of bots in their games hopes that Riot will quickly spot the problem and ban any accounts that make it difficult for others to play.