A new way to recommend items in LoL.

For several months now, League of Legends has had new items and a completely changed shop that recommends players items that work best against specific champions. As it turns out, however, it is not as good as the community would like it to be.

A Reddit user proposed an interesting change to improve the build recommendation system. While it’s not big, it would certainly help some players. What is it?

READ MORE
Riot worked on this for several years before finally giving up. The story of one of LoL’s biggest failures

Most items in LoL are used to deal damage or defend yourself from it, but there are also some that we buy to help our allies. The system, however, recommends them as “great against” and not “good with”, which means that, for example, an item good against Vayne and Sylas is not so good on our composition as we don’t have a carry to work with. 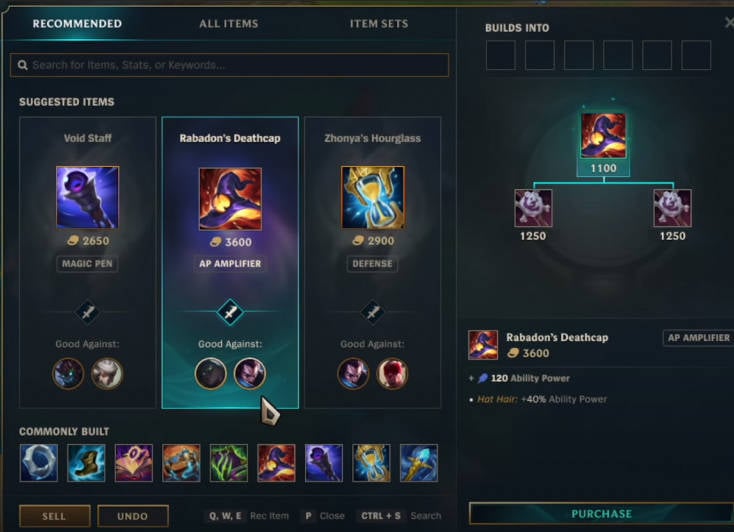 Therefore, players are asking developers to introduce the second option, like “working well with”, this means that the system will select items for us not only on the basis of opponents but also allies.

Will such a solution be found in the League? It is not known at the moment and it is difficult to predict Riot’s steps. Neither of the employees commented on the idea, so we don’t know what the developers think about it. The only thing left for now is to hope that one of the game developers will notice the topic.