Riot will significantly speed up the exploration of the story in the current Sentinels of Light event.

The Sentinels of Light event began on July 8, and players have been able to follow the struggle of the heroes of the world of Runeterra with the black fog for almost two weeks. During this event, players can earn points, and reaching the set limits allows them to unlock new rewards and story chapters. However, the developers noticed that progress was unsatisfactory and decided to do something about it.

READ MORE
“Your Shop” may return to League of Legends soon. Everything that is known about it

What is the new mission going to consist of?

Soon after the event started, comments began to appear on the web criticizing the hiding of a story important to the plot behind a lot of grind. The creators, wanting to make the community involved in learning about the story throughout the event, rather than getting to know everything in a moment, ended up incorrectly choosing the number of points required and making the progression simply a chore for players.

Reav3 reported that Riot has been looking at the data for the past week. As was the answer to the question about the small number of points and how players have to finish the story, the designer replied as follows.

Yes, we are looking at it this week, looking likely we are going to make it easier. Hopefully I can give you a more solid answer sooner. 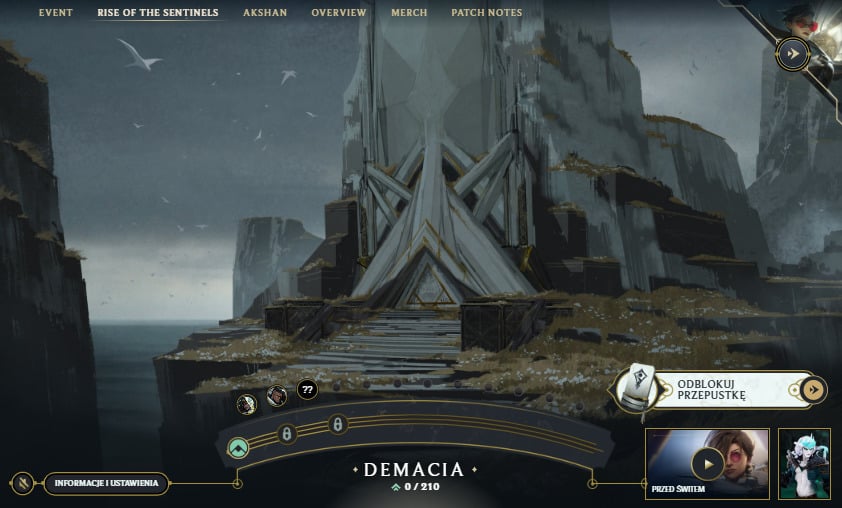 As Rioter later announced, from week 3 of the event, which begins on July 22, the client will receive a bonus mission that players will be able to complete multiple times, and each completion will award 600 progress points.

Looking at the data, too many players’ progress through #SentinelsofLight is stalling out early in the experience. From week 3 on we’re introducing a repeatable mission: play a PVP game (SR, ARAM, Ultimate Spellbook, TFT Normals + Ranked) to earn 600 progress points.

Even though the opening chapters of the story require relatively small amounts of points, things get really dull towards the end. As Rioter himself informs, even with this mission, completing the plot will not be as easy as it may seem.