Riot is changing Sona because players don’t like her rework very much.

Currently, for several days on test servers, the community is testing the new work of developers. Of course, we are talking about a small visual alteration and a skill forgotten and replaced by Seraphine – Sona.

However, the community does not quite like it, which claims that it is a normal nerf and asks developers to restore higher AP ratios. What is the opinion of the person dealing with its new version?

Riot about the new Sona

The story of Sona basically ends in season 11. The new items do not quite fit her, and the character itself has been replaced by Seraphine. It is hardly surprising, however, to players prefer to play the star from Piltover. Her abilities deal more damage, heal for more, have more CCs, and are much more interesting. 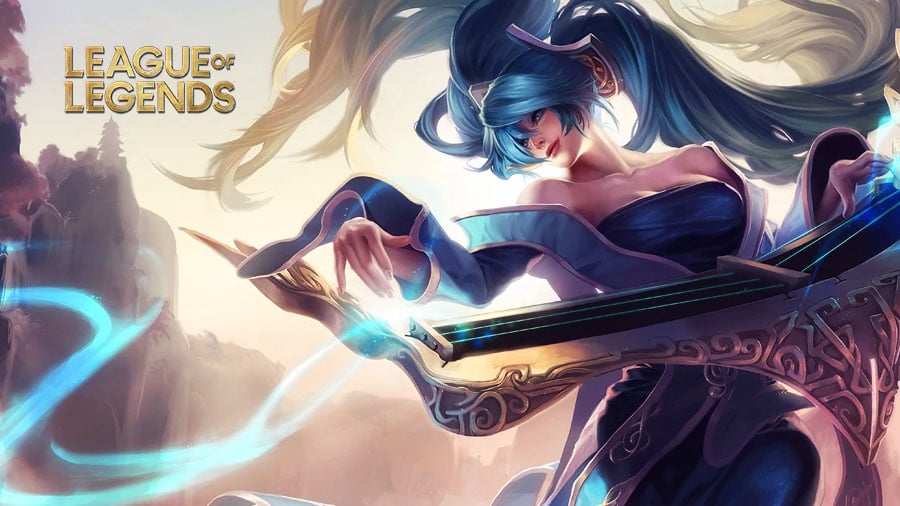 Consequently, Riot decided that Sona would be reworked, and it did happen. Currently, the conversion is tested on the PBE and gets … rather negative opinions. Riot Jeevun Sidhu, who handles it, says that it is probably due to sentiment because Sona 2.0 has a slightly different style of play. 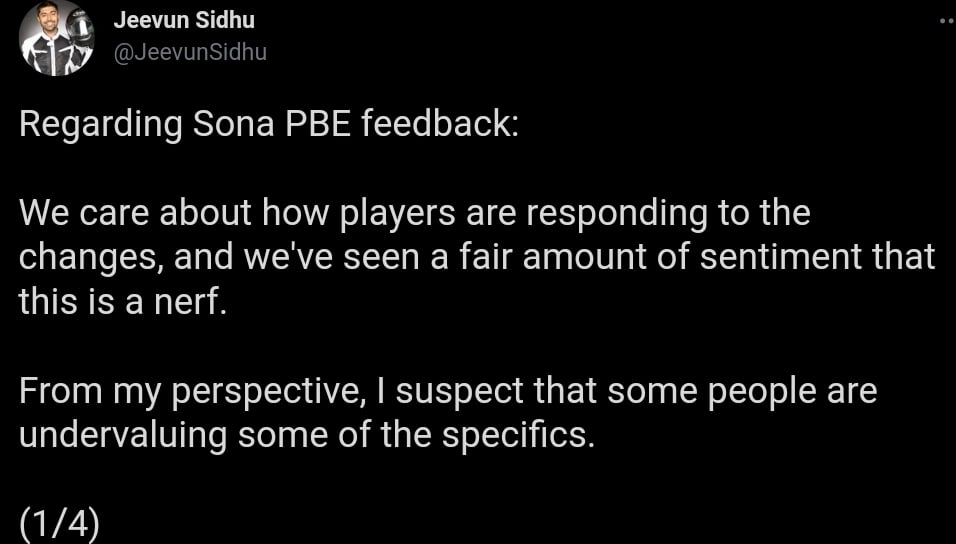 But that’s not all. The employee also compares the ultimate skills, and as he notes, the difference at level 11 is really big, which the players don’t seem to see. 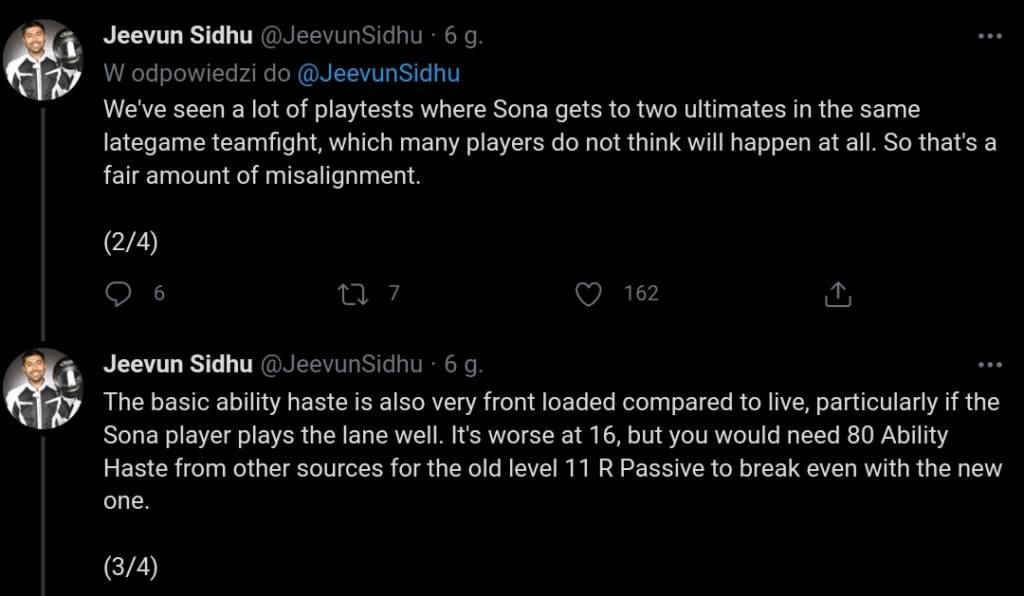 Although the developers believe that the heroine does not have major negatives, seeing the differences between her and Seraphine and claiming that the latter is not worse than the other, they still decided to take a step towards the community. They bring her back to better AP ratios and will be closely watching what happens.

Will they stay permanently? This is not certain at the moment. There are two more weeks of PBE testing ahead of Sona, and if all goes well, she’ll be on official servers in patch 11.16.